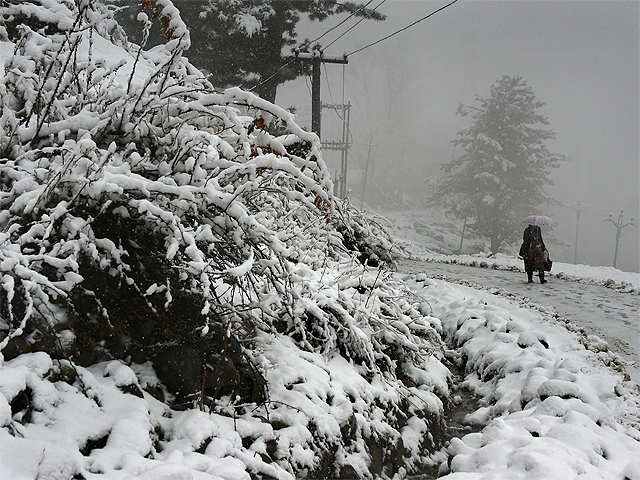 Srinagar, Oct 09 (KINS): The higher reaches of Kashmir Valley including a famous health resort Sonamarg, received the first snowfall of the season on Tuesday, bringing the temperature down.
Besides, the rains also lashed the plains in the intervening night of Monday-Tuesday.
Earlier, the local Meteorological (MeT) department had predicted light to moderate snowfall or rainfall in higher reaches while as rainfall in plains from Monday evening to Wednesday afternoon.
In view of the prediction, the Divisional Commissioner Kashmir, Baseer Ahmad Khan had also issued weather advisory.

JRL calls for shutdown in poll bound areas on Wednesday