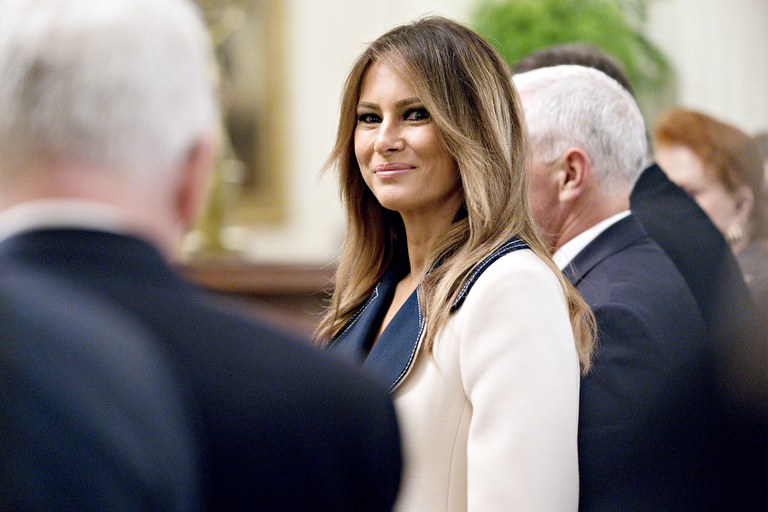 Women who make accusations of sexual abuse ‘must be heard and supported’, but so should the men, who face such allegations, Melania Trump, the first lady of the United States, said.

Melania Trump, in a sit-down interview with the ABC News, while in Kenya during her tour of Africa, was asked about her views on the #MeToo movement even as her husband, US President Donald Trump, and the newly-sworn in Supreme Court judge, Brett Kavanaugh, have been plagued by allegations of sexual misconduct.

When the host of the show appears surprised, Trump adds, “You cannot just say to somebody, I was sexually assaulted, or you did that to me, because sometimes, the media goes too far. And the way they portray some stories it’s, it’s not correct, it’s not right.”

At least 13 women had accused Donald Trump of sexual assault, during the 2016 presidential campaign. An “Access Hollywood” tape was released in October, 2016 in which he was heard saying, “And when you’re a star, they let you do it. You can do anything. Grab them by the p***y. You can do anything.”

The Senate voted 50-48 — with intermittent disruptions — to approve Kavanaugh, the closest vote in the history, after a university research psychologist accused him of sexually assaulting her when they were in high school. Kavanaugh was backed by Trump.

In Trump-Kim Summit Venue, A Hint Of “Thriving Partnership”

‘N. Korean envoy to Italy in hiding, has sought asylum’

Trump ready to mediate on Kashmir if asked by India, Pakistan: US