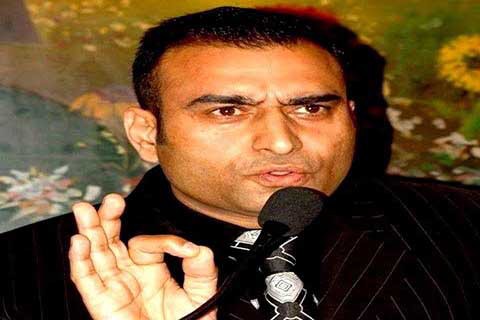 Srinagar, Oct 23 (KiNS): Urging people to get vaccinated against flu, Doctors Association Kashmir (DAK) on Tuesday said flu vaccine significantly reduces risk of dying from influenza.
“Vaccination prevents flu-associated deaths,” said DAK president and flu expert Dr Nisar ul Hassan in a communiqué.
Quoting a 2017 study published in Journal Pediatrics, Dr Nisar said flu vaccine was found to reduce the risk of flu-related deaths by nearly two-thirds (65) percent among healthy children and by 51 percent among children with high risk medical conditions like asthma, blood disorders or heart conditions.
“Surveillance for laboratory confirmed influenza-associated pediatric deaths since 2004 has shown that most deaths occur in unvaccinated children,” he said.
The benefits of flu vaccine are impressive in adults too.
“Vaccinated adults were 52-79 percent less likely to die than unvaccinated flu-hospitalized patients,” Dr Nisar quoted another study.
“Studies have shown people who receive flu shots are 55 percent less likely to suffer a heart attack or stroke that are the leading causes of death both for men and women,” he said.
Dr Nisar said vaccine protects pregnant women from dying. Women are about six times more likely to die if they get the flu while pregnant.
“Flu jabs during pregnancy guard against still-births (when a baby dies in the womb),” he said.
“In Kashmir, 1052 stillbirths were recorded in three years (2013 to 2016) at Lal Ded hospital alone. Most of these expectant mothers were unvaccinated,” he informed.
With early surge in cases and deaths due to swine flu across the country, Dr Nisar said vaccine is the single best tool to protect you and people around you from getting flu.
“Ideally, people should get vaccine by the end of October. However, getting vaccinated later can still be beneficial and vaccination should continue to be offered throughout the flu season even into January or later,” he said.
He added while vaccine is recommended for all, it is especially needed in too young, old, pregnant and people with medical conditions.
He further said healthcare workers should be compulsorily vaccinated to ensure safety of patients.
“The symptoms of flu include high fever, sore throat, cough, runny nose and body ache. Flu is spread by coughing and sneezing and people should cover their cough or sneeze and wash their hands regularly to prevent the spread of flu. If you develop flu stay away from work or school for as long as you have symptoms,” said Dr Nisar.

More than 90% land cannot be sold to outsiders: Govt