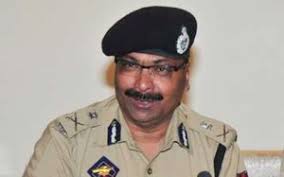 Srinagar, Oct 24 (KINS): A group of IPS officers from Sardar Vallabhbhhai Patel National Police Academy Hyderabad today visited Police Headquarters here and interacted with Director General of Police Dilbag Singh, IPS and other senior police officers at PHQ. The probationary officers were given know-how about the functioning of Jammu and Kashmir Police.
At the outset of the interactive session the visiting officers were welcomed by the DGP. He introduced the group with the senior officers at PHQ. He said that J&K Police is doing multifarious duties and is countering terrorism at different fronts. Various terrorists have been eliminated in the fight against terrorism but unfortunately we have lost 1669 of our brave hearts. In addition to the fight, the force has been playing a parental role in counseling the misguided youth and challenising their energies in a positive way.
The DGP said that despite various odds, J&K Police has been on fore front of tackling the Pak sponsored terrorism, radicalization and law & order situations along with all other security forces working in the State. The police is doing multifarious tasks which include police bandobasts, investigations and providing various services to general people.
The DGP said that we are proud of our martyrs who have sacrificed their lives for bringing peace in the State.
The DGP said that within some years tremendous changes have taken in the Jammu and Kashmir Police in shape of weaponry, training skills and technology. He said that the department is proactive in introducing latest technology in confronting different challenges.
Taking part in the interaction, ADGP, Headquarters PHQ A.G Mir said that from last one decade J&K Police has conducted a lot of activities under Civic Action Programme including the drug de-addiction to increase its social quotient. He said that social media has thrown some challenges which are being taken care of by J&K Police.
IGP Personnel PHQ J.P Singh on this occasion spoke about different measures taken by the Police to channelize the energies of youth through sports activities.
DIG CKR V.K Birdhi, SSP Budgam Tajender Singh and SSP Srinagar Imtiyaz Ismail Parray also interacted with the group and gave answers to various questions of the visiting officers.
Earlier, AIG (Provision & Transport) PHQ through power point presentation, gave a detailed resume of the functioning of J&K Police. He apprised them about the topography and historical background of the State. Visuals and videos regarding the history and role of J&K Police were displayed highlighting the achievements of the force on anti-terrorism front.
IGP CRPF (Admn.) Kashmir Ravideep Sahi, Director Prosecution PHQ Sikander Mohan Kapoor AIsGP PHQ Samir Rekhi, Abdul Qayoom and Manoj Kumar Pandit, SP A/A PHQ Gulzar Ahmad and Chief Accounts Officer PHQ Amit Mahajan were present in the interactive session.

Srinagar freezes at minus 7.7 degrees celsius