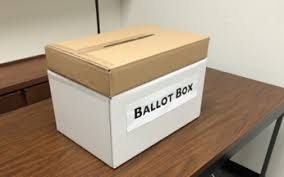 SRINAGAR: For the upcoming panchayat polls, the ballot boxes have been brought from Haryana.
The nine-phase panchayat polls in the state to 316 blocks in 4,483 Panchayat Halqas comprising 35,029 Panch constituencies will be held from November 17.
The polling for next eight phases will be held on November 20, 24, 27, 29, December 1, December 4, December 8, and December 11.
For these polls, an official at Chief Electoral Officer said that ballot boxes have been brought from Haryana. “These have been transported here and are being sent to district headquarters,” the official added.
Elections to panchayats were last held in April-May 2011 during Omar Abdullah led National Conference-Congress regime after a gap of 37 years. The government postponed these polls for several times in the last three years.