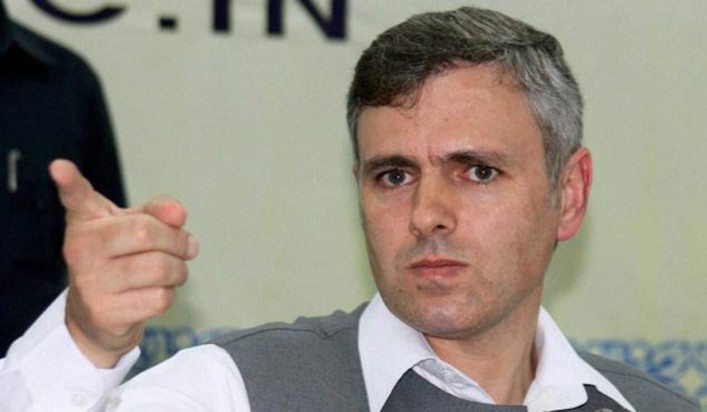 Governor Malik in an interview to The Hindustan Times had claimed that the former chief minsietr of J&K—Omar Abdullah and Mehbooba Mufti—“agree privately that civilians should not pelt stones or rush to encounter sites but don’t say so publicly.”

Omar while taking to Twitter questioned the Malik’s remarks and said “how the governor could know what he (Omar) was thinking about.”

“How does Gov Malik know what I think about anything? Is he quoting a conversation I’ve had with him privately? Are my calls being monitored? Is my office/residence bugged? He owes me, if not @MehboobaMufti Sahiba an explanation,” Omar wrote on Twitter.

Omar said he is publicly saying it once again to clear Malik’s confusion over the issue that “civilians should not throw stones and should not rush to encounter sites.”

“Let me say this publicly so that Governor Sahib is under no confusion – civilians should not throw stones & should not rush to encounter sites. I’m not saying this publicly for the first time & it won’t be the last time I’m saying this,” Omar said.

“At the same time we can’t treat stone throwers as terrorists & randomly keep shooting them but that’s a conversation for another day. Right now I’m curious to know how Governor Malik Sb knows what I think privately,” Omar added.

171 militants including 19 from Pakistan killed in 2021: IGP Vijay Kumar