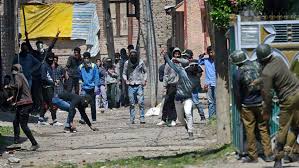 Pattan: Government Forces on Tuesday afternoon launched a Cordon and search operation in North Kashmir’s Palhallan village.
Reports said that a joint team of Army’s 29 RR, SOG of Jammu and Kashmir Police and the CRPF launched a cordon-and-search operation at Tantary Mohalla of Palhallan village.
They said that as forces laid siege over the area youth took to streets and clashed with forces.
The operation was going on in the area when this report was being filed.
previous post

Centre likely to return some IPS officers from deputation

2 labourers killed, 2 others injured in blast inside army camp in Anantnag