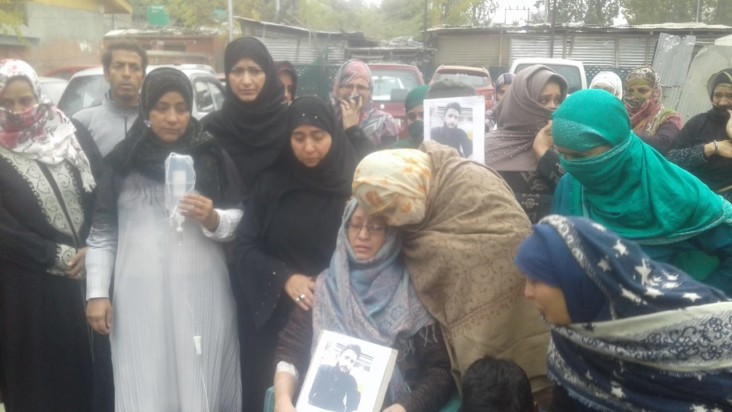 Srinagar: Family members of missing Ahtisham Bial of Khanyar, a student of Sharda University where he was recently thrashed by Indian students, on Thursday staged a protest to demand his whereabouts.
Ahtisham Bilal, is a first-year student of Bachelors in Medical Imaging Technology at the Sharda University.

Family members of Bilal refuted claims of Ahtisham’s appearance in the Valley, saying that they have no information in this regard, thus all the reports circulating are baseless.

He was recently beaten by Indian students at his university at Noida over which Governor JK Satya Pal Malik had talked to the UP CM as well.
According to media reports Bilal was mistaken for being an Afghani and became a victim in a brawl between Indian students and Afghan students in the varsity.
previous post

Lt Governor’s message on World Environment Day
Appeals to the people to take initiatives aimed at restoring the ecosystems for reviving human-nature relationships
“Let us pledge to keep working to restore & rejuvenate our ecosystems and make the earth a better place to live in”: LG