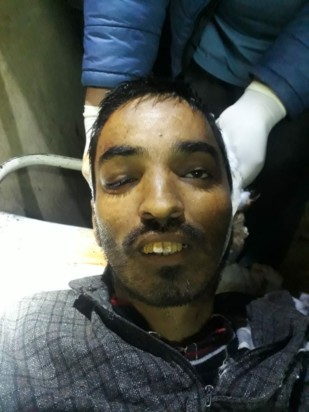 A mentally-challenged person was shot dead by forces pesonnel gaurding an Army camp in Shopian district after he crossed the security fence of the camp in the wee hours of Saturday.

The Army camp is located in Puhnoo village of south Kashmir’s Shopian district.

A police spokesman said that at around 3am an unidentified person crossed the fence of Pahnoo army camp and came close to Camp wall. Despite repeated warnings from the sentry the individual didn’t stop. The sentry of the post fired in air first but the said person didn’t stop to walk towards Camp. “The sentry fired towards him,” he said.

” In preliminary examination of the body it is believed that the said person might be a mentally challenged,” Police said.

In this regard Police has registered a case.

General people is requested identify the person. Anybody having any information about the deceased may contact Police station Shopian on 9596768826″ the statement added.