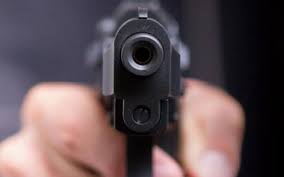 SRINAGAR: In the wee hours of Saturday, a mentally disabled man, Rayees Ahmad Wani was shot dead by an Army sentry in south Kashmir’s Shopian district.
Police said they have taken cognisance of the killing and a probe into the matter is underway.
Wani according to reports is the 17th death of mentally disturbed person, who were shot dead in the last 15 years in Kashmir.
In February this year, a sentry at an Air Force station on the outskirts of Srinagar shot and killed a 65-year-old man who had crossed the security fence and come very close to the perimeter wall of the station. He was identified as Syed Habibullah, a mentally ill man from Soibug, Budgam.
Before that the JKCCS had documented 15 alleged killings of mentally ill people in J&K between 2003 and 2011. The circumstances of most of these deaths were similar, according to the JKCCS’s records.
March 16, 2003: Security forces allegedly killed a woman who was roaming around their camp in Nowgam, Banihal. Her identity was not established, but it was confirmed that she was mentally unwell.
September 5, 2003: An unidentified, mentally challenged boy was shot, allegedly by paramilitary forces, in the Abi Guzar area of Srinagar.
February 20, 2004: Gul Mohammad Bhat (22) of Chattru, Kishtwar, who had been born with a mental illness and could not properly comprehend or communicate, was shot and killed as he was walking towards his home at night. Security forces initially claimed he was a militant, but in the face of an outcry, said it was a case of mistaken identity.
March 1, 2004: A mentally challenged woman, Shameema Begum, was killed during an encounter in Banihal.
April 13, 2004: Security forces allegedly killed Nazir Ahmad Chaku, a mentally challenged man from Anantnag.
August 10, 2004: Mentally challenged Ghulam Hassan Chopan of Zainpora, Shopian, was finally buried after the government ordered a magisterial inquiry into his killing. Chopan was allegedly shot by troops in an orchard on August 8. Villagers said he was trying to run away from the security forces personnel who were calling him; the security forces claimed Chopan was killed in an encounter. The outcome of the inquiry has not been made public.
December 25, 2004: The BSF allegedly shot dead mentally ill Shamshad Ahmad Ganai in Tral.
June 24, 2005: Army expressed regret after shooting dead a mentally ill person at Ganwan Kangan, Ganderbal.
May 13, 2006: Army killed mentally challenged Muhammad Abdullah Sheikh on May 12-13 night. There were protests in Kunanposhpora, Kupwara. Army said the death was “highly unfortunate”, a case of “mistaken identity”.
July 16, 2006: Mentally ill Mohammad Abdullah Wani of Braripora, Handwara, was shot dead in what security forces termed a “case of mistaken identity”.
October 26, 2007: Akeel Ahmed Mir, a mentally challenged boy, was shot after he allegedly tried to enter a security forces camp at Watlab, Sopore, in the wee hours.
April 11, 2008: Mentally ill Shakeel Ahmad Malik (24) of Boniyar, Uri, was killed as he tried to sneak into an Army camp. Army termed the incident as “unfortunate”.
January 6, 2009: Army shot deaf and mute Abdul Rashid Reshi on the high-security Gupkar Road in Srinagar. Police said he had crossed the main gate of the Commander 31 Sub Area’s residence.
January 5, 2011: An unidentified, mentally unsound man was shot dead in Lolab, Kupwara, late in the evening after, according to police, he “didn’t stop despite repeated warnings” from security forces.
August 7, 2011: Army and police claimed to have killed top Lashkar commander Abu Usman in Surankote in a gunbattle, but it emerged that a mentally challenged Hindu youth had been killed in a fake encounter.

60% Power supply to be restored till afternoon: PDD Chief

Kashmir to see massive development, no one can play with peoples’ sentiments: Union Minister Naqvi

Two motorcyclist injured after colliding with each other in Mendhar