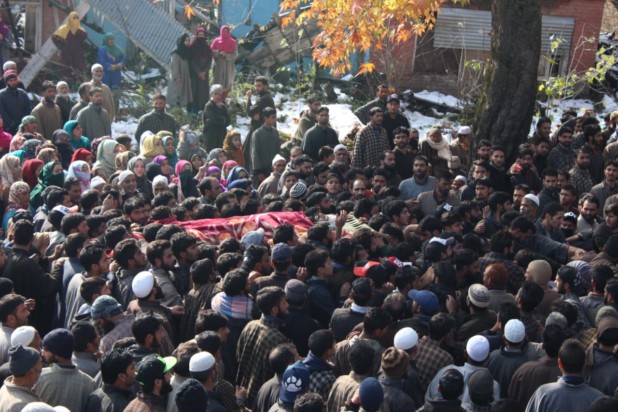 Shopian: Amid massive throng and multiple funeral prayers for the militants killed in a pre dawn gunfight between them and government forces today, the duo were laid to rest amid profreedom sloganeering.

Locals claimed that for Idrees Sultan, a former Army man who after deserting forces joined Hizb ul Mujahideen,  four back to back funeral prayers were held before he was buried in a local grave yard ini Sagnagri.

Sultan and Hussain were killed after a gunfight broke out in Safnagri village in the wee hours of Tuesday.

Shopian is observing a shutdown to against the killing of the two militants today.

As world fear of coronavirus, Uri residents on LoC in Kashmir scared of shelling

Advisor Kumar to meet people at Jammu on March 07