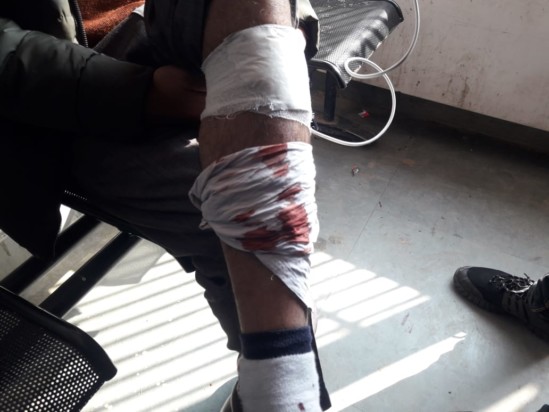 Baramulla: At least twenty one people are reported to have been injured after a pack of stray dogs attacked people in Kantbagh area of Baramulla district on Tuesday.

The injured were quickly shifted to District hospital Baramulla were, according to victims, they had to procure vaccine from open market at high prices as medical facility lacked it.

Chief Medical Officer (CMO) Baramulla Dr Bashir Ahmad Chalkoo was quoted by media reports saying that  instructions have been passed to all the hospitals to make available all kind of emergency vaccines.

“I will look into the matter as to why the hospital is lacking the vaccine,” Chalkoo was quoted.