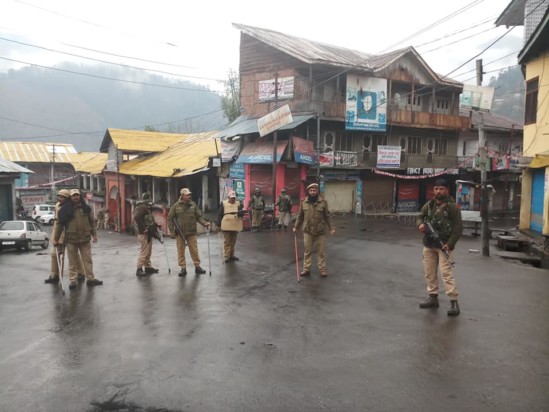 Jammu: Following improvement in situation in Kishtwar authorities have decided to lift day curfew while night curfew will remain in force as a precautionary measure.

Authorities had imposed curfew in the district last Thursday after killing of BJP state secretary Anil Parihar, 52, and his brother Ajeet Parihar, 55, by suspected militants.

Governor J&K Satya Pal Malik recently said that the perpetrators of the killing have been identified and will be soon brought to justice.
A senior police official was quoted in media reports saying that day curfew  has been lifted in Kishtwar, though night curfew will continue.