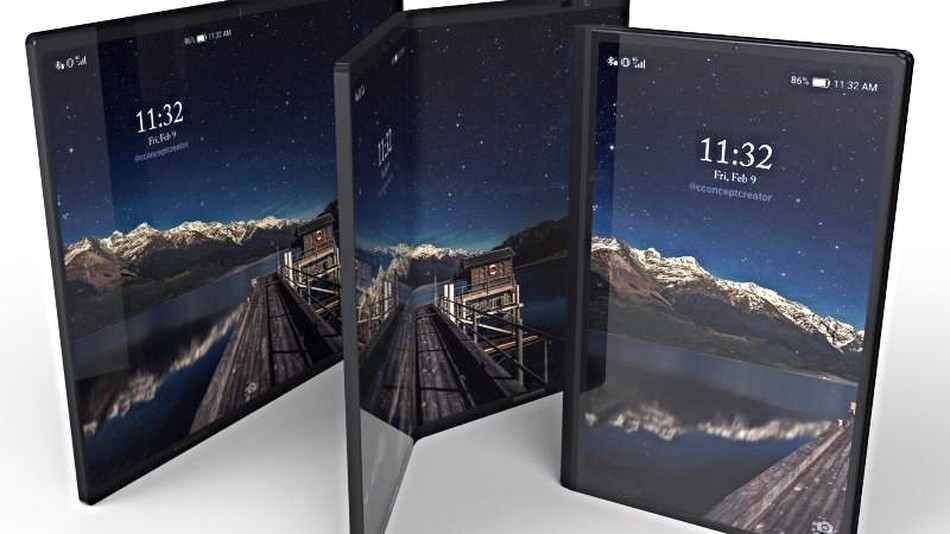 It has taken a couple of major steps this year in the smartphone business. It not just revealed the first-ever smartphone with four rear cameras but also announced its intention to boost the mid-range segment with new features. More recently it revealed its first ever foldable screen and confirmed a foldable smartphone for ‘early 2019’. But there’s no stopping to its pace of innovation.

A newly unearthed patent now indicates the South Korean tech firm is working on a foldable tablet that has not two but three screens.

The patent found by the MobielKopen website (via USPTO), clearly shows the upcoming ‘foldable tablet’ sporting two hinges, which in turn makes the device feature three screens. You can fold all three of them to get a smartphone-sized screen. However, it may result in a thicker device. All of them can be unfolded to become a tablet. Users may also be able to use the device with two folds if they want a slightly larger device than a smartphone but smaller than a tablet.