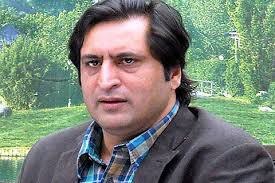 No ‘Holi’ Celebrations At Raj Bhavan This Year: Governor

No decision to release former chief ministers yet: Govt