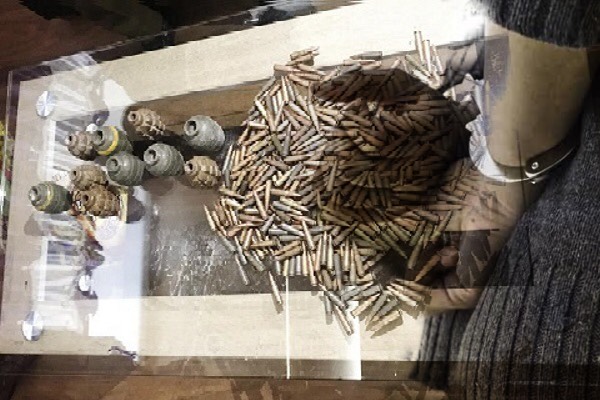 Srinagar, Nov 20: Already faced with the challenge of new age militancy in Kashmir triggered by the killing of young militant commander Burhan Wani in 2016, police are grappling with the new challenge: “The woman militants.”
On Tuesday last, a young unmarried woman was arrested at Lawaypora on the Srinagar-Baramulla highway after police intercepted a Tavera vehicle in which she was carrying grenades and bullets. She tried to leave the spot but the women police present already at the spot asked her to stop. During the search 20 grenades and 365 bullets were recovered from a bag she was carrying along
And barely few days after her arrest, another woman was arrested by police after a tip off about her presence in City’s Rajbagh area. She was identified as a native of Naidkhai area of Sumbal, Bandipora district.
Police officer’s privy to the interrogation revealed that the two women arrested were “in touch with the militants”, especially the Hizbul Mujahideen outfit and “their primary job was to act as a courier to transport weapons from one district to another.”
“What do you call a woman carrying 20 grenades and 400 bullets with her?” asked Additional Director General of Police (ADGP) Law and Order/Security, Munir Khan. “She was a courier and had mixed up with the militants. So, she is no less than a militant. We are sure that her arrest will lead to arrest of many militants as she has named many militants for which she was working.”
Similarly, the woman arrested in Rajbagh faces same charges. “Yes, she is also a courier. She had provided two guns to militants,” a police officer said.
Inspector General of Police S P Pani while talking to reporters on the sidelines of a wreath laying ceremony of a CRPF man killed in Kakapora, Pulwama on Sunday evening said: “We are investigating the role of two women arrested by them. Once the investigations are over, we will inform the media about the findings.”
An intelligence officer privy to the women’s interrogation said the ammunition seized from her was meant for militants in south Kashmir.
The officer said that though woman militants or OGWs were not new in Kashmir, the latest arrest had “thrown up new concern for the police.” The arrest of woman comes after a camp of nine years. In July 2009, an alleged woman OGW was arrested by Doda police. A woman militant was arrested in Handwara in September 2006. In 2005, another woman militant set off an improvised explosive device tied to her body on a highway at Pulwama. Jaish-e-Mohammad militant group claimed she was its member.
A police officer said that the woman recruits of militants have thrown a big challenge for the police. “This is not new but yes, a fresh concern for us and we have to face it now,” he said.

Fire breaks out in Tangmerg Hospital