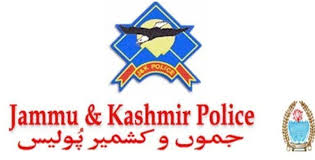 Srinagar, Nov 22: The reports submitted by the deputy commissioner Bandipora and the SSP Bandipora before the state human rights commission (SHRC) have ruled out the use of chemical weapons while fighting militants in an encounter on September 20 this year in which five militants were killed.
The response has come in reply to the notices sent by SHRC after a petition filed by chairman international forum for Justice and Human Rights Muhammad Ahsan Untoo under number SHRC/330/BPR/2018.
According to the deputy commissioner Bandipora’s report, on September 20, 2018, on the basis of information about the presence of five militants at village Shokhbaba, Bandipora a joint cordon was launched by police army and the CRPF and the laid down SOP was followed and the civilians who were stuck were first evacuated.
Similarly, the report filed the SSP Bandipora reads that the militants opened fire on forces but the forces first evacuated civilians stuck in the compound where militants were hiding. In the encounter all five militants were killed.
The petioner had sought details as to whether forces were using chemical weapons to kill the militants during encounters.

Weather to remain dry for next three days in Jammu and Kashmir: Met