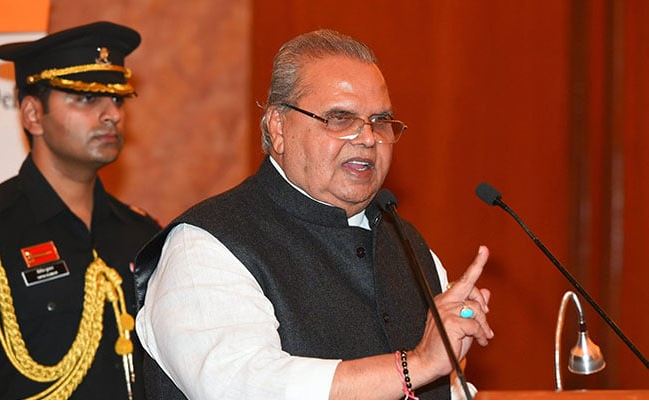 Defending his decision to dissolve the Jammu and Kashmir Assembly, Governor Satya Pal Malik on Saturday said PDP president and ex-chief minister Mehbooba Mufti, and NC vice president Omar Abdullah could have easily contacted him if they were serious about forming a government.

The Jammu and Kashmir assembly was abruptly dissolved by Governor Satyapal Malik on Wednesday night hours after the PDP staked claim to form a government with the backing of rival National Conference (NC) and the Congress followed by another bid from the two-member People’s Conference which claimed the support of the BJP and 18 legislators from other parties.

“If PDP leader Mehbooba Mufti and NC leader Omar Abdhullah were serious about forming government (by joining hands) in Jammu and Kashmir, they should have rang me up, or sent me a letter,” Mr Malik said at the convocation ceremony of a private university.

“I am always accessible on phone. When I get messages on WhatsApp, I try to mitigate the problem,” he said, adding, “There are several flights between Jammu and Srinagar and if they were serious about forming the government, they should have sent a representative across.”

Mr Malik went to say that Ms Mufti had told him a week ago that her party MLAs were being “threatened”, including with arrest.

He said People’s Conference leader Sajad Lone had also claimed that his two MLAs were being threatened.

UK agrees to Gibraltar terms: Spain to back Brexit deal