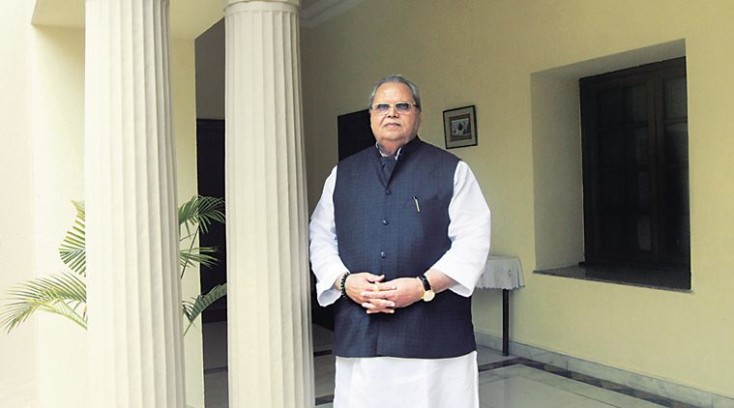 Srinagar: Had I listened to New Delhi Sajjad Lone would have been the chief minister of the state, however, did not do that because I did not want to be remembered as a dishonest man in the annals of history,  said the Jammu and Kashmir governor Satya Pal Malik on Tuesday.

Malik was addressing students at (PRE- CONVOCATION ACADEMIC CONCLAVE), ITM University Governor said that the militants in the villages are not getting a space in the homes as people don’t provide them a shelter anymore.

“I didn’t ring up New Delhi to seek their suggestion as maybe they could have told me to allow Sajad Lone to form the government,” he said, adding that he dissolved the assembly as he had ‘apprehensions’ about horse-trading that could have led to killings and chaos in Kashmir. However, he said that both PDP and Sajjad had ‘no numbers’ to form the government as nobody among them came forward with their numbers. He said that in case the government could have been formed then they would have deteriorated the situation that has been created in the Valley from past several months.

He further said that people praised him for taking such a decision. “I got many WhatsApp messages wherein people hailed my decision,” he said.

Interestingly, Governor said that Sajad had also sent a letter to form the government but not to his PA but to the PA of erstwhile Governor N N Vohra.

Stating that there is no possibility of autonomy, freedom or merger with Pakistan in Kashmir, Malik said that the people in villages are not giving shelter to the militants any more in Kashmir.

IS attack on Kurdish forces, 200 dead in Syria

Army soldier slips to death near LoC In Gurez