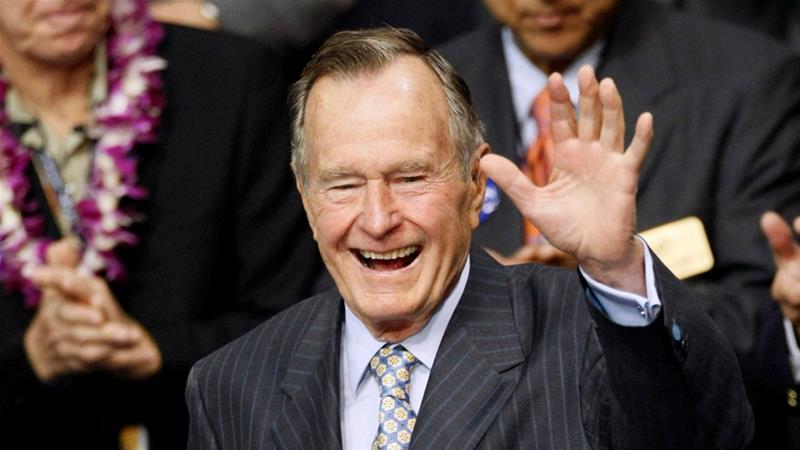 Former US president George HW Bush, who presided over the end of the Cold War and routed Saddam Hussein’s Iraqi army but lost a chance for a second term after breaking a no-new-taxes pledge, died on Friday at the age of 94, a family spokesman said.

Bush, the 41st president of the United States, lived longer than any of his predecessors. His death at 10.10 pm local time was announced in a statement issued by longtime spokesman Jim McGrath. The cause of death is unknown.

His son, former president George W Bush, issued a statement on his father’s demise. “George HW Bush was a man of the highest character and the best dad a son or daughter could ask for,”.

Bush Sr, as he was popularly called, is survived by his five children. His wife Barbara died in April this year.