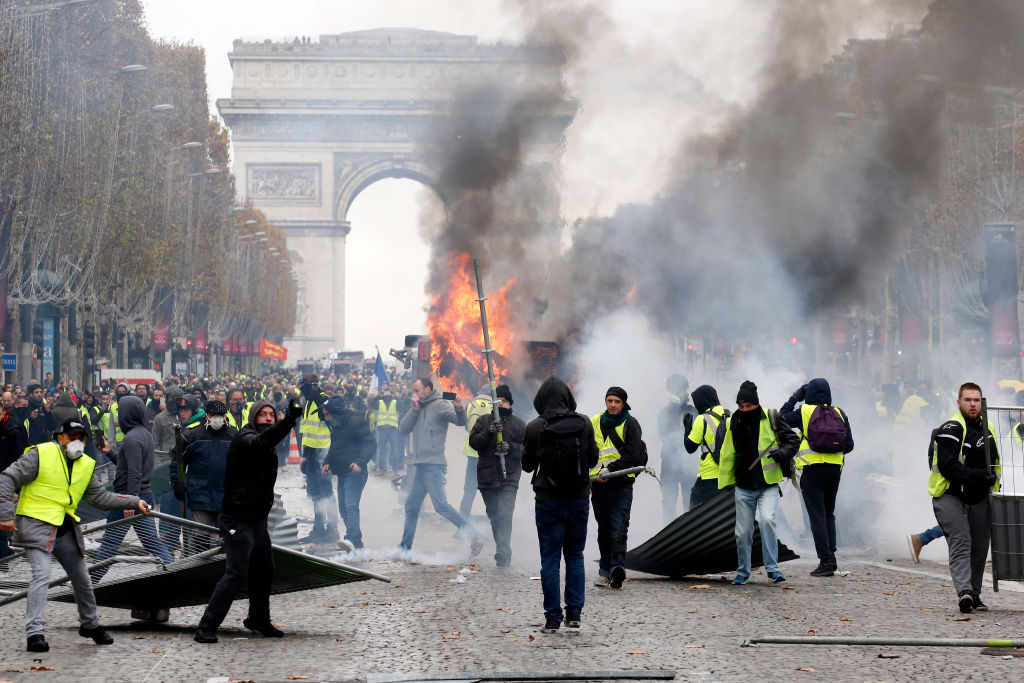 Riot police and protesters have clashed in central Paris during a third weekend of nationwide “yellow vest” rallies sparked by rising fuel prices.

What began as protests over President Macron’s fuel tax has transformed into general anger at high living costs.

Earlier this week, he tried to strike a conciliatory tone, saying he was open to ideas about how the fuel tax could be applied.

But his speech does not appear to have gone far enough in assuaging people of the view that he is out of touch with ordinary people.

Young and educated, the new face of militancy in Kashmir

Shahid Afridi says Imran Khan must do more about Kashmir