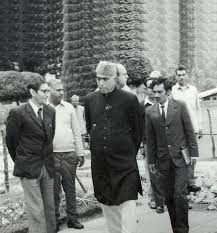 Srinagar: It was the winter of 1984 in Kashmir and once famed cinema hall—The Regal—in heart of Srinagar city had a houseful booking for famed movie—Lion of Desert casting Anthony Queen as Omar Al-Mukhtar.

The movie depicted 70—year-old Omar raising a small army of rebels to fight against colonial rule of Italy over Libya through a military dictator Mussolini.

A simmering discontent that had started brewing after 1975-Indhira-Abdullah accord, which many Kashmir experts believe was a “direct sell out by the National Conference patriarch Sheikh Muhammad Abdullah”.

Abdullah was reduced to Chief Minister of a State of which he was the Prime Minister. Experts say sentiment was there but the movie displayed at The Regal cinema acted as a trigger.

What happened after the movie was unimaginable and events ‘triggered a historic change’.

“When we watched movie inside theater,  showing how an old man was fighting Italian army led by General Mussolini, first impression that struck our minds was that Sheikh Abdullah could have done the same, but he didn’t,” recalls former front line militant commander Javaid Ahmed Mir.

“At the end of the movie, entire hall reverberated with the pro-freedom and anti-Sheikh Abdullah slogans. Youth started calling Sheikh Abdullah as a traitor and came out of The Regal while sloganeering,” Mir recalls.

Mir said that he remembers vividly that the first they did was that they tore apart all the banners and hoardings displaying Sheikh Abdullah’s portraits in Regal Chowk, Residency Road, and Moulana Azad Road.

Interestingly, just after three years of the movie, Muslim United Front was formed and the alleged rigging into the polls of 1987 became a main reason for Kashmir uncertainty.

“I remember as if it happened yesterday. People came out of Regal cinema amid anti-Sheikh slogans. They climbed walls, and electric poles to dismantle the Sheikh’s hoardings. Some threw hundreds of stones at the hoardings of Sheikh, said Abdur Rashid, an elderly shopkeeper at the Regal Chowk.

Panchayat polls: 8.44% votes cast in Baramulla till 11am