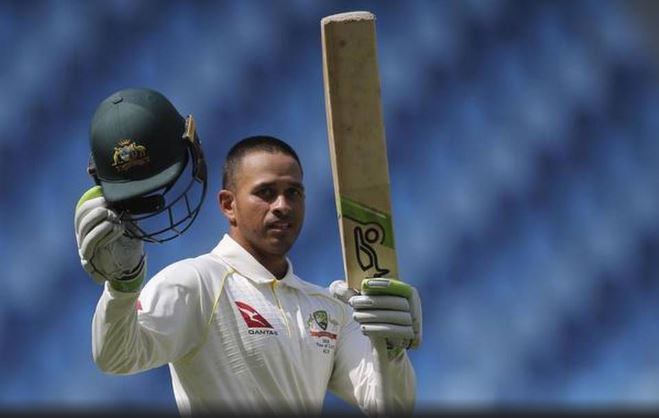 The brother of Australia test cricketer Usman Khawaja has been taken into custody by counter-terrorism police investigating the discovery in August of a laptop computer containing a purported terrorist hit-list.

Arsalan Khawaja (39), was arrested Tuesday morning after being pulled over while driving in western Sydney, according to a spokesperson for New South Wales state police.

Australian media, quoting police sources, said Arsalan Khawaja was being questioned about forgery and an attempt to pervert justice.

The arrest comes as Usman Khawaja prepares with the Australia squad in Adelaide ahead of Thursday’s first test against India, the start of a crucial four-match series in which the home side could challenge India’s position as the world’s top-ranked test team.

Tuesday’s police operation stemmed from the discovery in an office at the University of New South Wales of a laptop which contained an alleged hit-list naming former prime minister Malcolm Turnbull and his deputy Julie Bishop.

The device also reportedly contained blueprints for attacks on train stations and landmarks such as the Sydney Opera House.

The Australian Broadcasting Corp. reported police were not alleging Arsalan Khawaja intended to carry out terrorist attacks but that he tampered with the laptop to frame a colleague, 25-year-old PhD student Mohamed Nizamdeen.

Nizamdeen spent four weeks in solitary confinement at Sydney’s Goulburn Supermax prison before all terrorism charges against him were dropped in October.

The ABC said Arsalan Khawaja aimed to frame Nizamdeen in a dispute over a woman. Nizamdeen, speaking from his native Sri Lanka, later described the police operation which led to his arrest as “immature, embarrassing and biased.”

“I am completely exonerated and I hope the media and the Sri Lankan public can help me pick up the pieces of my shattered life,” he said.