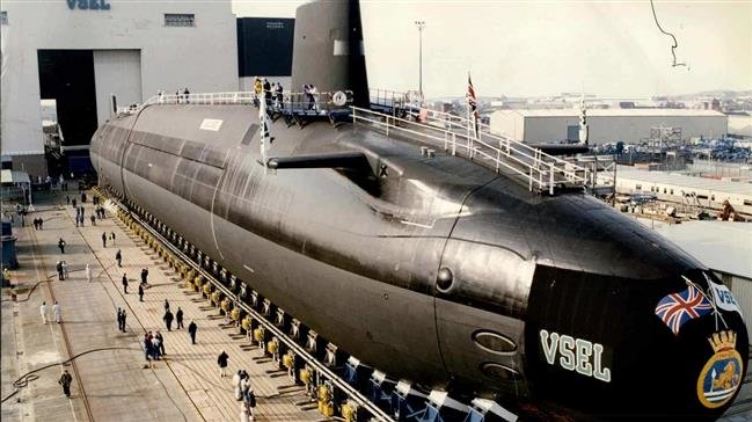 British Defense Secretary Gavin Williamson made the announcement this week as he opened a new training academy and revealed what the second Dreadnought submarine was going to be called.

The funding boost would support the building phase of the program, Williamson said, while unveiling a £25 million BAE Systems academy in Barrow-in-Furness that will up skill the weapons maker’s employees to work on Royal Navy submarines over the next two decades.

The new investment was expected to safeguard over 8,000 jobs related to the £31 billion Dreadnought program and supply chain.

Williamson also revealed that the second Dreadnought nuclear-powered submarine was going to be named HMS Valiant. The first is named Dreadnought, after a type of battleship that was predominant in the early 20th century.

The boats will replace the Vanguard-class submarines which form the country’s nuclear force at sea and are approaching the end of their 25-year lifetime.

“Next year marks half-a-century since British nuclear-armed submarines began patrolling the waters in response to the danger posed by the Cold War – and the world is again facing a raft of intensifying threats,” Williamson said.

Williamson’s announcement came after the UK government awarded £960 million worth of contracts in May to speed up construction four nuclear-armed Dreadnought submarines.

Like the Vanguard-class, the new submarines will be armed with Trident II D-5 missiles and allow the UK navy maintain a continuous at-sea deterrent (CASD), the principle of operation that the Trident nuclear weapons system revolves around.

Britain’s current four nuclear-armed submarines each carry eight operational missiles and 40 nuclear warheads, and have a crew of 135.

Since 1969 Britain has had at least one nuclear-armed submarine on patrol at all times.