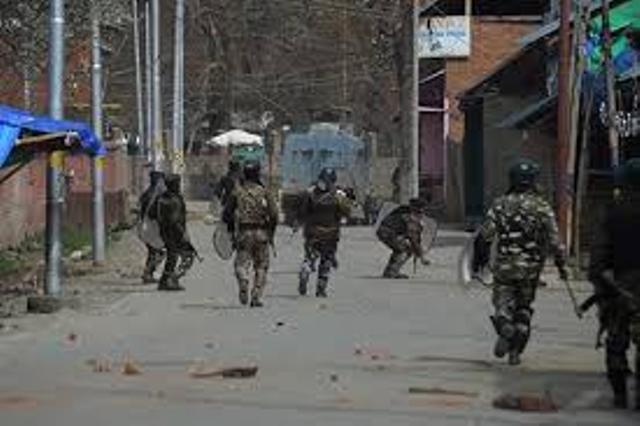 Srinagar: Two civilians have died in clashes between protesters and government forces post gunfight in which three militants were killed today morning.

Sources said that a civilian has  succumbed to injuries at a local Hopsital in Pulwama.

He was identified as Abid Hussain Lone of Kareemabad and had received injuries  after forces used live ammunition, pellets and tear gas to chase away protesters near the gunfight site in sirnoo village in Pulwama.

Abid was shifted to district hospital Pulwama where doctors declared him dead on arrival.

Earlier, another civilian, identified as Amir Ahmad Palla, a resident of Ashminder village of Pulwama, was killed during the forces’ action.

Massive clashes erupted after news of gunfight spread to villages and youth took to streets and clashed with government forces who had laid siege around the area where militants were hiding.

Three militants were killed in the gunfight.

According to reports clashes have spread to nearby areas as well.

Picture used for representational purposes only.

‘Thought Saqib had eloped with some one, he had chosen Gun’