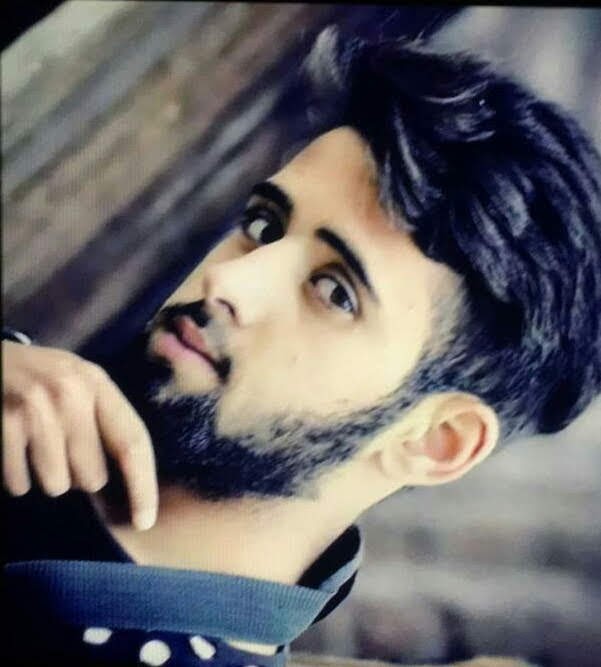 Bandipora: When Saqib Bilal,17, didn’t return till late evening, his family thought there must be some love triangle and their son may be with his girlfriend. As the night passed, family got worried and started looking for Saqib with the fisrt light of the day on September 1, 2018.

They had thought even in the wildest dreams that Saqib would choose to pick up arms as he was known as as a chocolate boy of Hajin on whom many girls had a crash.
Saqib belonged to a rich family in Hajin’s Parray Mohalla in Bandipora district. He had acted in Bollywood blockbuster Haider as a “chocolate boy.”
The Bollywood director Vishaal Bhardwaj had promised more roles to Saqib and his family was sure that Saqib will never think of picking up arms.
On August 31 , this year Saqib along with his friend Mudasir, 14, went to play football at Hajin Eidgah where they left the game midway to ride a bike that was waiting for them. The duo left never to return. They didn’t return and neither did call their families.

Saqib’s family visited every place in search of their son but to no avail and were sure that he had eloped with some girl for having an affair.
“We were 100 percent sure that he has fled with some girl. Until Mudasir released his photo with a gun four days before Mujgund fight, we thought Saqib is with some girl. But after the photograph we came to know that he has joined militancy,” said Saqib’s mother Mehmooda told Kashmir In-depth.
Saqib’s line was totally different and “we are in a shock over the step he chose” but at the same time proud to see him “getting martyred ” while fighting forces who are world’s best equiped military, says Mehmooda.
What remains to be seen is whether Hajin would bear the loss of teenagers or the killings of young teens can act as a trigger in the area which once was a bastion of Ikhwan- the pro government militia used to crush militancy in Kashmir.