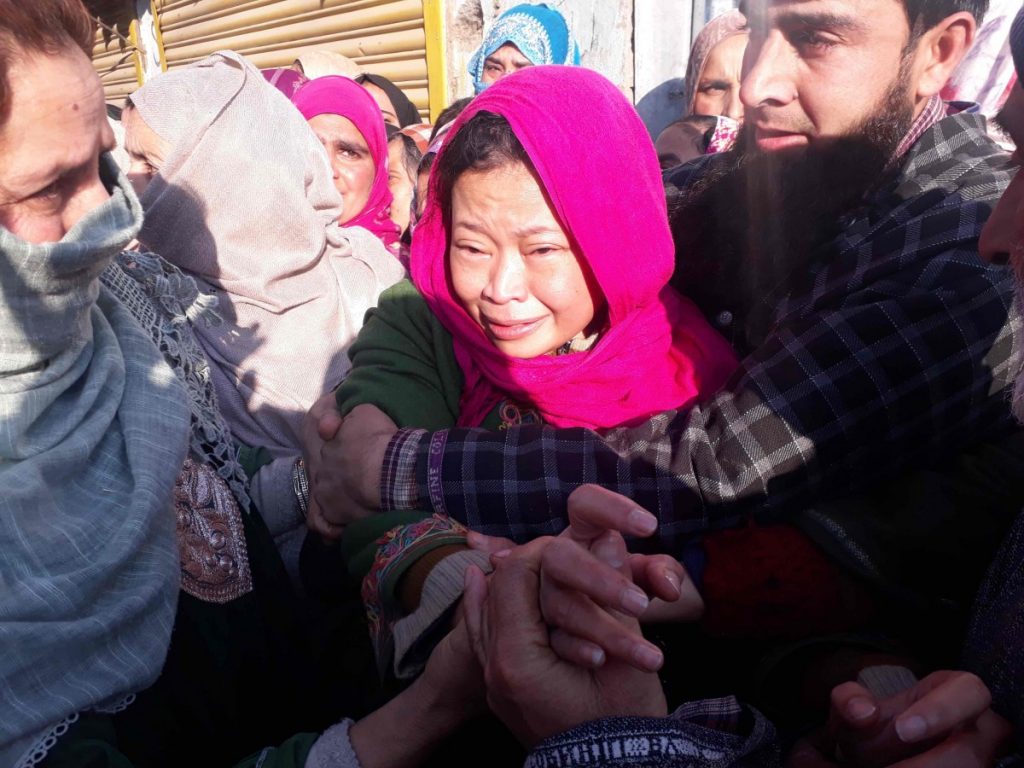 ‘Since I arrived here, I only saw cordons and fear’

Srinagar: It was love at first site. Abid Hussain, 35, travelled to Indonesia in 2016 after completing his Masters in Business Administration (MBA) in a bid to get a job in a private company and his luck favoured him.

Abid got a job in a private company in Jakarta, Indonesia and on the first day he saw a girl and at the very first gaze, he fell in love with her. Both started dating each other. Abid suggested the girl to change her name as it was a bit difficult to pronounce.

She agreed to be named as Saima. Abid and Saima married in 2017. In September 2018, the duo gave birth to a female baby.

On Abid’s request, Saima agreed to travel to Pulwama district in first week of December where she met her mother -in- law , father-in-law and other family members of her husband.

She faced problems as she couldn’t understand Kashmiri language as she could in my speak English.

Abid and his sister used to talk to Saima in English and she steadily started mingling with her in laws and other women in Sirnoo area of Pulwama district.But everything changed with the staccato sounds of the bullets during an encounter between forces and three holed up militants on December 15. Not just the three militants were killed but seven civilians also including Abid. “I had asked my husband to get milk for our baby from the market. When he didn’t return after an hour, I started looking for her and after two hours came to know that he has been killed ,” said Saima, as tears swell her eyes.

She said that her husband never told her that situation was this bad in Kashmir. “Nobody understands my language here. I am having Indonesian passport and I am not a Kashmiri citizen,” she told Kashmir In-depth.

Saima now has decided to pack her bags to fly back to her home country. “I came here with my husband. Now I won’t live here. I will go back to my country. My husband has been killed and now they will kill me too,” she said. ” I have called my parents and they asked to return as soon as possible. Since I arrived here, I only saw cordon, cordon and cordon. There highest level of fear thay looms large on every face here.”