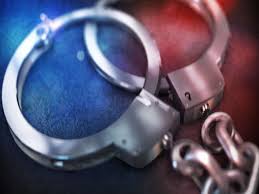 Srinagar : A local court in Srinagar on Thursday issued a non-bailable warrant against former MLA Zadibal Molvi Abid Ansari after he failed to appear before the court in a defamation suit filed by former minister and senior PDP leader Naeem Akhtar.

Akhtar had filed a criminal defamation suit against Molvi Abid Ansari and BJP leader Khalid Jahangir Sheikh after they didn’t respond to his legal notice over the matter.

Akhter, in his complaint, said that Ansari “lied in his statements outrightly and these are nothing but brazen concoctions.”

This is copyright news item

“Ansari’s motive behind this was not only limited to destroy Akhtar’s reputation but there is something more threatening and sinister at play,” said the complaint.

Armies of India,Pak exchange fire along LoC in Kathua