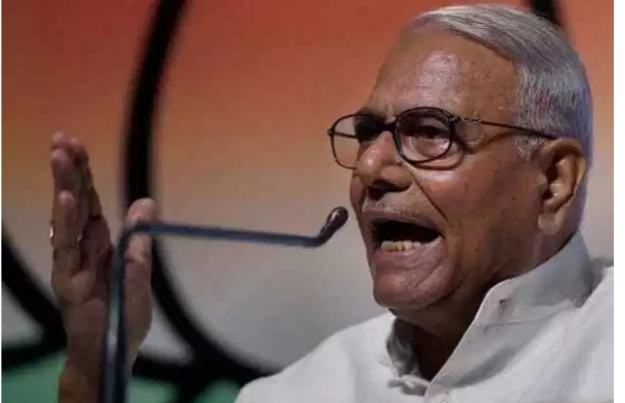 Former finance minister and BJP rebel leader Yashwant Sinha said that quelling rebellion in Kashmir by force was the state policy of the government of India. In an interactive session with prominent Indian journalist and former editor of the Indian Express Shekhar Gupta and senior journalist Jyoti Malhotra for the digital news portal, The Print, Yashwant Sinha said that he, after his two visits to Kashmir, had a discussion with a senior man in the government on Kashmir situation.

Yashwant Sinha said, “All the visits I made to Jammu and to the valley. I have travelled around. I was not confined to one place. I told you how the Nepalese hate India. The hatred in the minds of the people of the valley is far stronger than that in Nepal. We have ruined our relationship with the people of Jammu and Kashmir, especially the Kashmir valley”.

“I don’t know how much time it is going to take for that to be repaired. And I also like to tell you, and I am proud to say this that one person who is still respected in Jammu and Kashmir is Atal Bihari Vajpeyee. He followed the policy of Insaniyat, not of force.

“After the person in government told  me that use of force is a state policy I stood up and told him Nameste”, Sinha said. He decried that “we have made mistake after mistake as for as our policy on Jammu and Kashmir is concerned”.
He said that the present government believe only in use of force to solve problems, not consensus, not democracy, not Insaniyat but sheer use of brutal force to kill as many as you can. What happened in Pulwama recently? Do think that it adds to the glory of Indian state in the minds of the people of Kashmir.
In reply to a question, “are we losing Jammu and Kashmir”, he said, “we have lost. There is no question of losing”. “We hold on to Jammu and Kashmir only by dint of the fact that we have our armed forces there”.