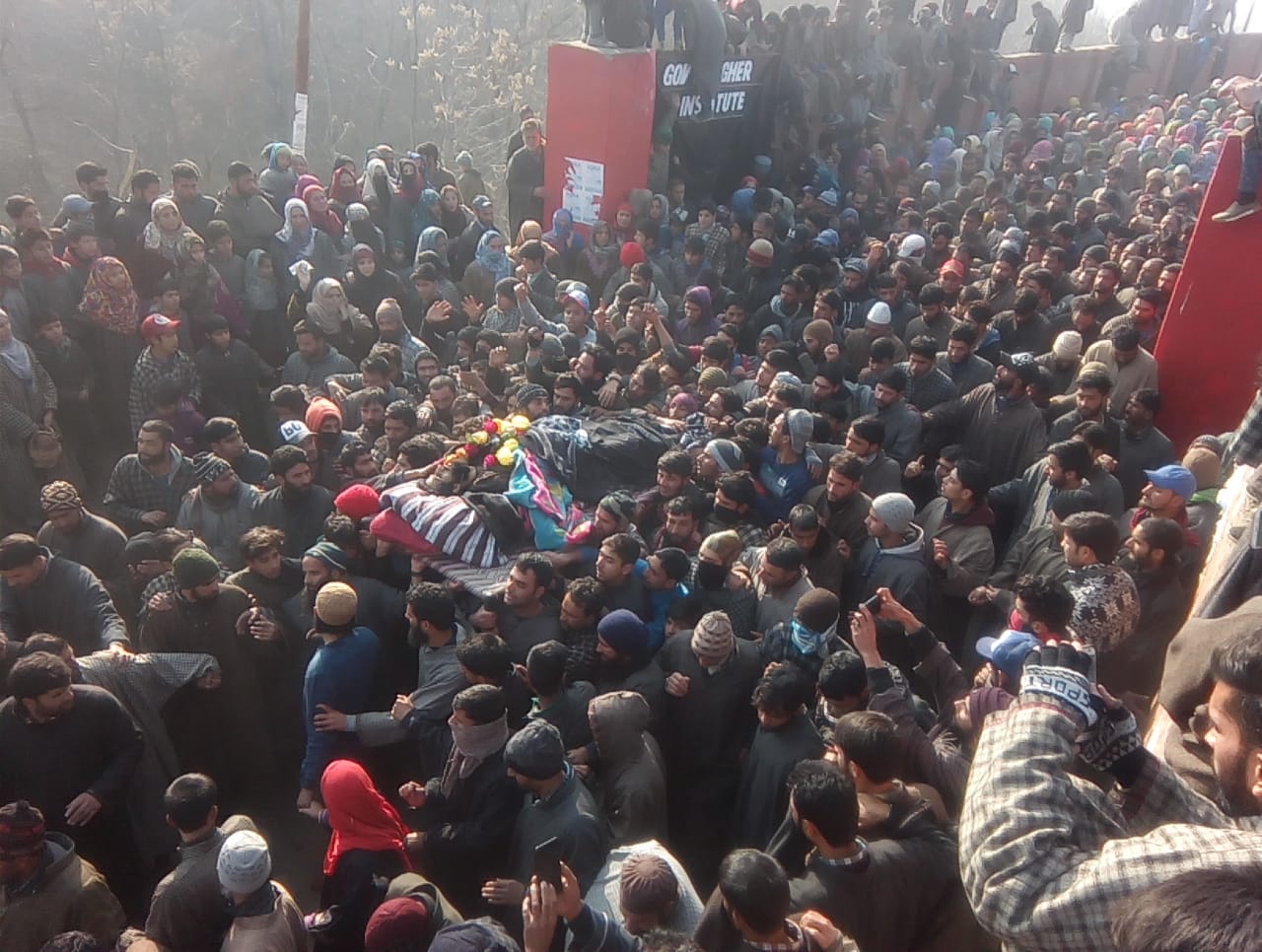 Srinagar : Thousands of people including women on Friday participated in the last rites of slain militant Ishaq Ahmed Wani at Koil area of Pulwama on Friday.

Reports said that people in thousands turned up for the Hero’s funeral of slian MBA pass out turned militant at Koil village of south Kashmir.

Amid harsh weather conditions people in thousands participated in the last rites of slian militant, amid sobs and tears slain was laid to rest at his ancestral graveyard in Koil village.

Meanwhile a complete shutdown was observed in parts of south Kashmir’s parts to mourn the killing of local militant, while railway authorities earlier this day suspended train services from Banihal to Srinagar as a precautionary measure.