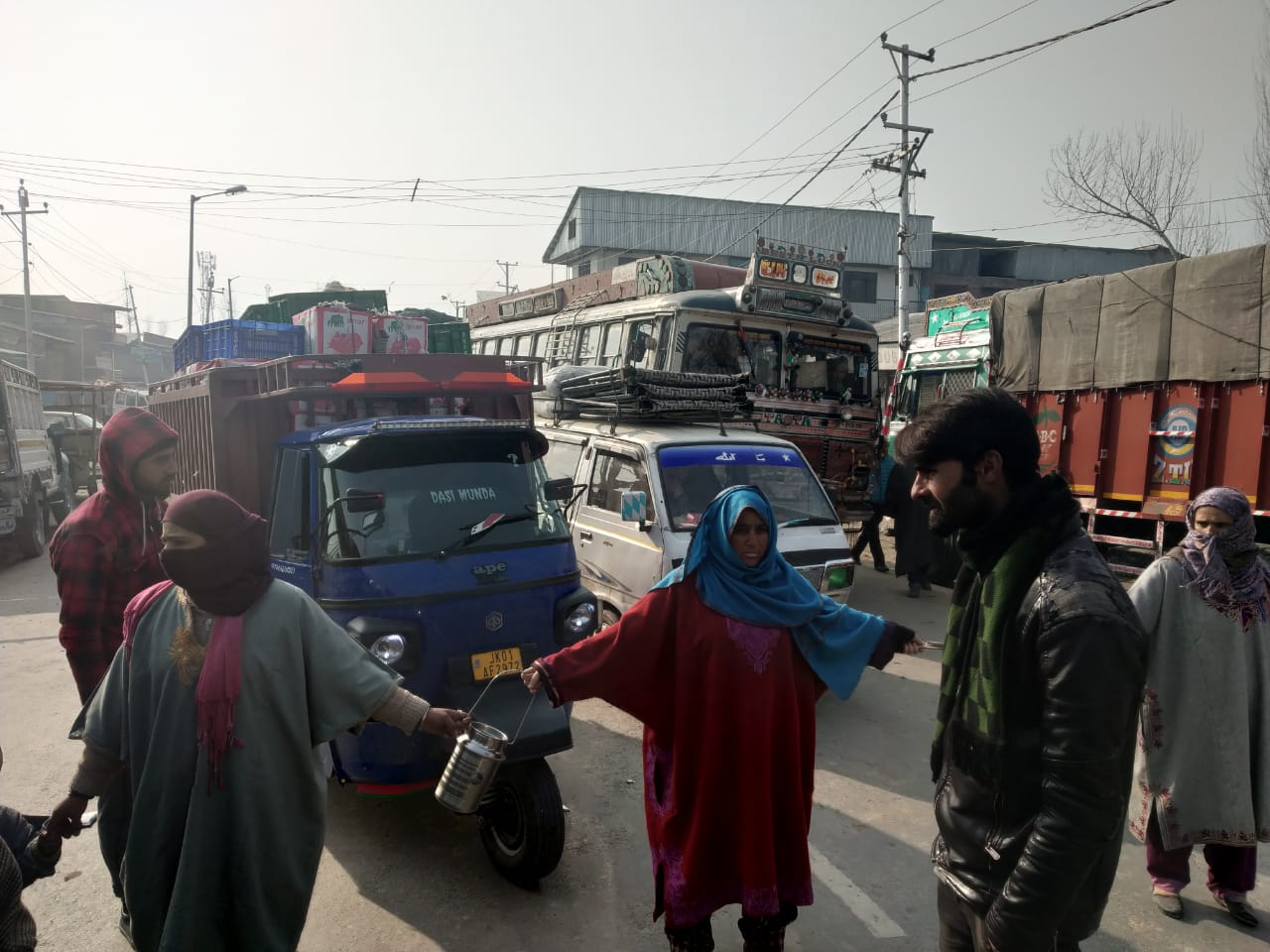 The protesting inhabitants blocked Sopore-Srinagar road at Chankhan and raised slogans against PHE department and were demanding immediate restoration of water supply to them.

The traffic movement was halted in the area for sometime till a team of police reached the spot and assured the protestors that matter will be taken to higher authorities.

Pertinently same kind of protest reported in Heewan Narwav village of Baramulla, where scores of people including women came out to register their protest against the water crisis in the area.

The protesting residents said that they are facing immense hardships due to shortage of drinking water in this chilling winter.

Meanwhile officials in PHE department had assured to restore water supply in the area at earliest.

Youth dies, two hospitalised due to suffocation in Pattan village

National e-Governance Plan can be achieved in J&K over 10 years: CAG