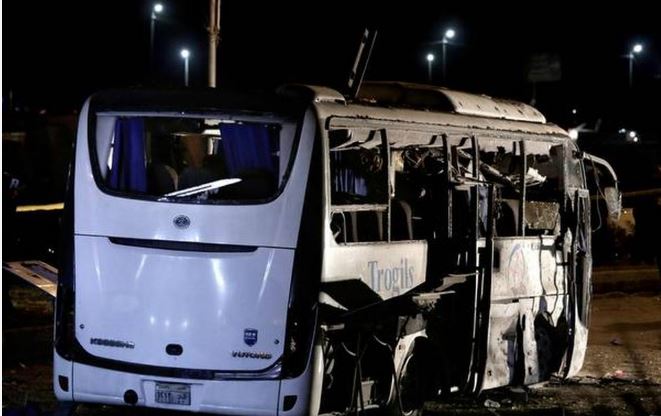 An explosion on Friday targeting a bus carrying Vietnamese tourists on an excursion to the Giza pyramids left four people dead and 10 others wounded, Egyptian authorities said.

Three of the tourists were killed along with the tour guide, an Egyptian citizen, Attorney General Nabil Ahmed Sadeq said in a statement.

The bus driver and nine other Vietnamese visitors were wounded.

A makeshift explosive device placed next to a wall on Al—Marioteya Road was detonated at 6.15 p.m. as the bus rolled past, according to the interior ministry.

While the three tourists were pronounced dead at the scene, the guide died on the operating table at El Haram hospital, Prime Minister Mustafa Madbuli told reporters.

The Vietnamese were visiting the pyramids for the nightly spectacle of music and illumination put on by Sound and Light, company chief Sameh Saad told EFE.

Without advising authorities, the bus deviated from the route established by the interior ministry for vehicles bringing visitors to Giza, Madbuli said.

This is Egypt’s first attack against tourists using explosives since late 2015, when a bomb blew a Russian airliner out of the skies above the Sinai peninsula, killing all 224 people aboard.

The country has been under a state of emergency since April 2017, following a series of terrorist attacks against Coptic Christian churches in the Nile delta.