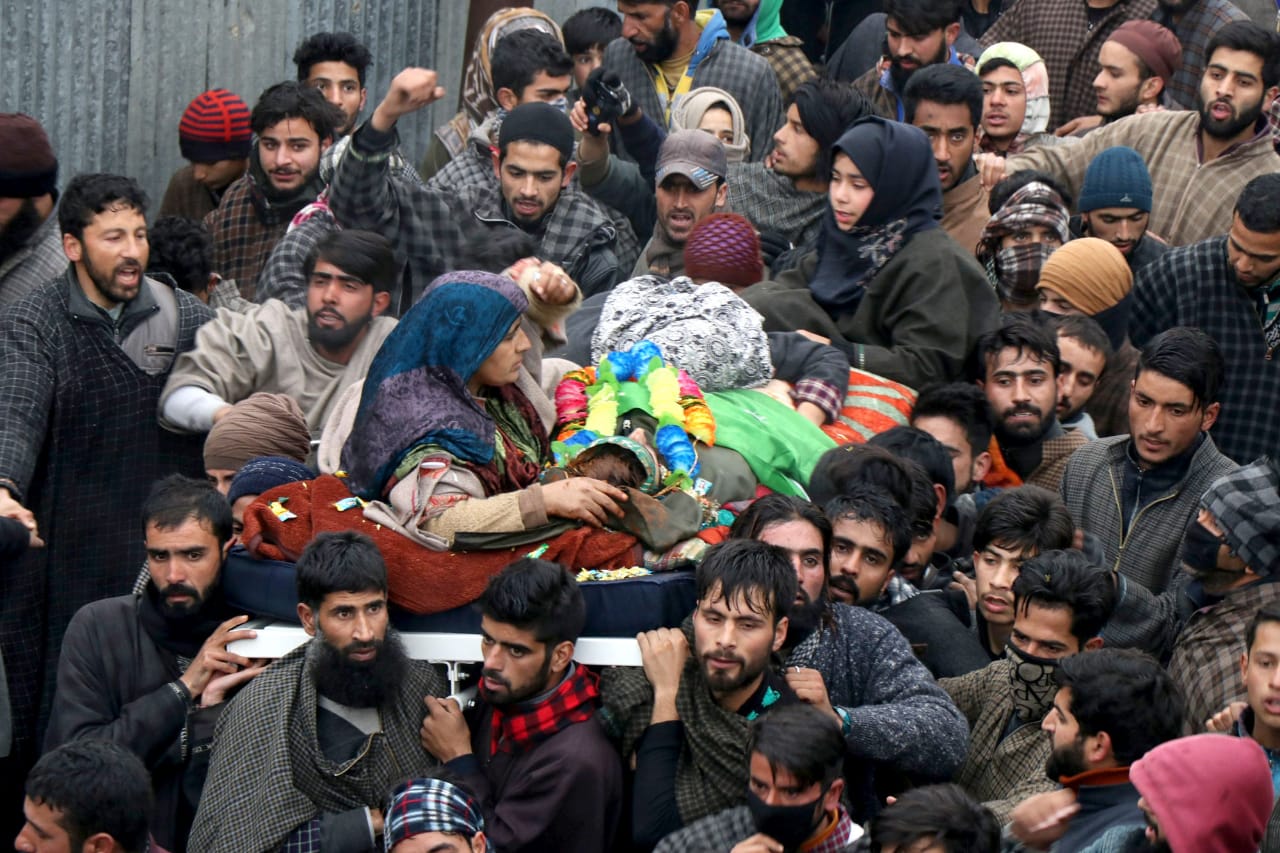 “This year militants carried out 33 major and minor IED attacks that either killed or injured dozens of troopers. Three casper vehicles of Indian Army were also damaged in these blasts.”

“During the encounters with militants, Indian Army resorted to arson and made use of mortar shells thus damaging 50 residential houses and a mosque. During the clashes with common people, Indian Army made free use of bullets and pellets killing 86 civilians and injuring 1800 youth. Majority of these youth sustain pellet injures and lost eye sight. The clashes also resulted in the injuries of police and forces personnel.”

“This year 42 dead bodies mostly bullet ridden were recovered from different parts of Kashmir. There was a surge in rifle snatching incidents. Militants in audacious acts decamped with 41 rifles.”

Hizb spokesperson in its report has added that the moral of 8 lakh Indian soldiers stationed in Kashmir is on low and they are under tremendous pressure. “Indian soldiers use different tactics to leave Kashmir. The incidents of suicide are on rise. This year 24 soldiers killed themselves as they were denied leave.” (CNS)