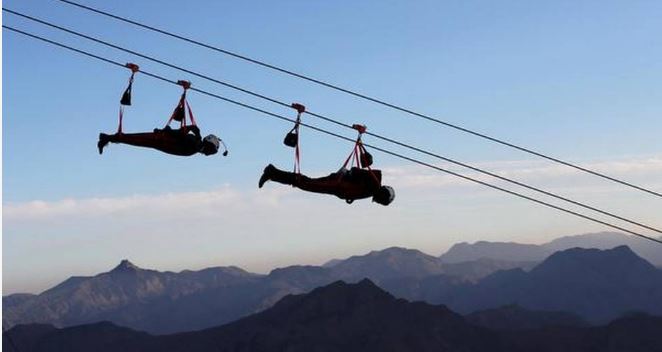 A rescue helicopter has crashed near the world’s longest zipline, killing its entire crew in Ras al-Khaimah in the northeastern area of the United Arab Emirates.

The state-run news agency says the crash took place during a rescue mission at around 5-50 p.m. local time on Saturday. Officials did not immediately release a death toll.

Videos posted online show the helicopter diving into a tailspin before crashing and bursting into flames in the valley of a rocky mountain.

The zipline, located at the UAE’s highest mountain in Jebel Jais, opened in February.

There is fire in my heart, when Kashmiris are killed there: Pervez Musharraf

US Navy hands over MH-60R helicopters to India