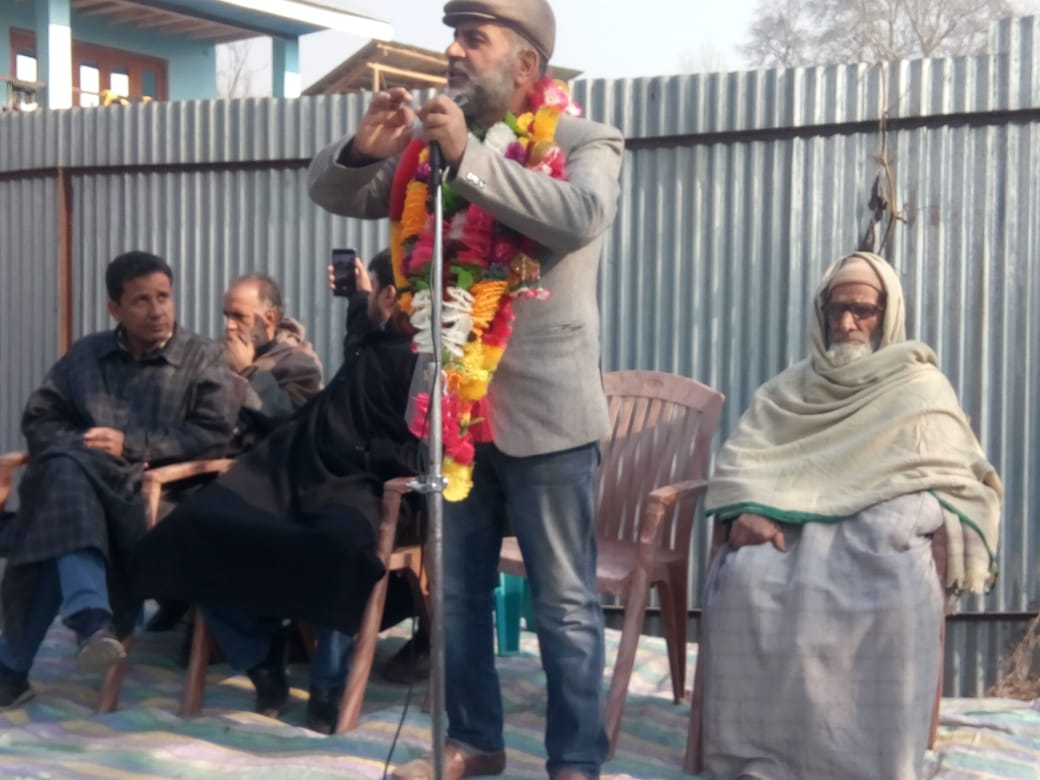 Baramulla, Dec 30 : Ex District secretary of People’s Democratic Party Ghulam Rasool Mir on Sunday made it clear that he has no political mission to make career out of politics but he has mission to improve the Baramulla district and to work for the betterment of town and to feel the pain of suffered people who are worst affected.

While addressing large gathering of workers of his party at Delina Baramulla on Sunday, Ghulam Rasool Mir, who has separated himself from PDP, said that i did not came into politics for my personal benefits but to serve his people.

He said that Assembly Constituency Baramulla and its adjoining areas, including Delina were presented as invisibles at government and administrative levels and due to lack of attention to Baramulla District was made to suffer. He said people here are worst affected and had been ignored by all parties.

Mir, said I have come to politics for serving you people, and I will always be ready to serve you on my own.”

While targeting former member assembly Javed Beigh, he said that the former Beigh has never paid attention to these areas, but focuses on its own belt, due to which no construction and development work was done during recent years in areas such as Baramulla town and Delina.

Mir added that people from the areas of Baramulla and Dalina are also deprived of basic amenities,” Now the time has changed and people will not trust with closed eyes.