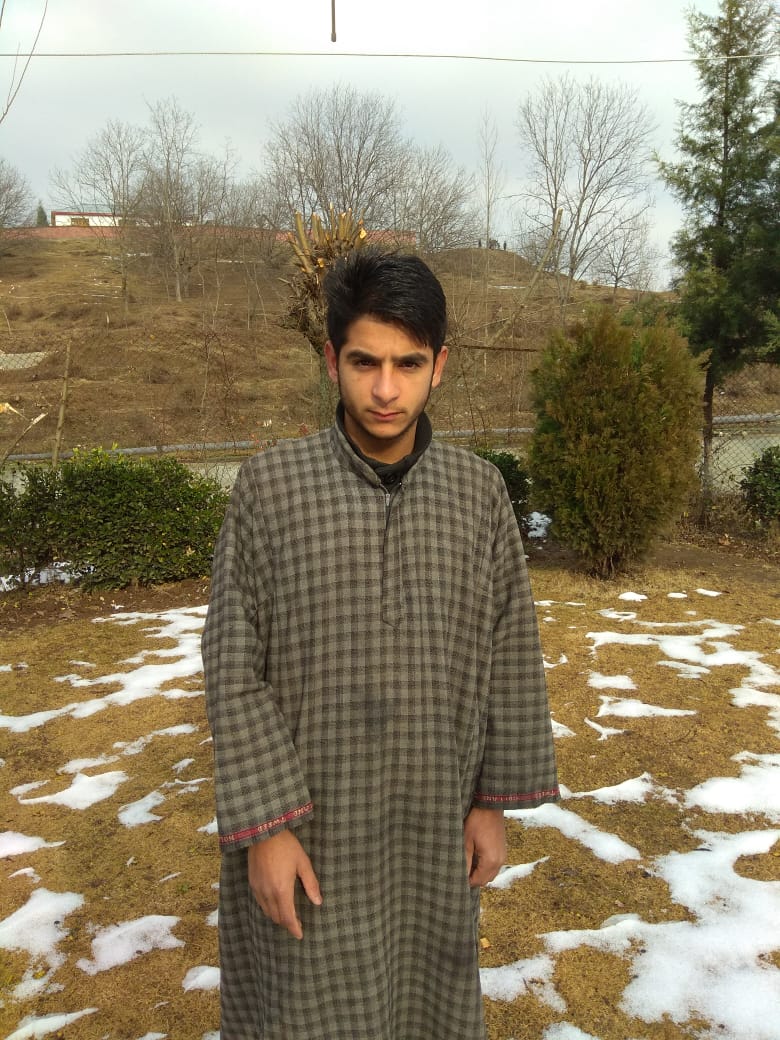 SRINAGAR, DEC 30 : The raging violence has cut-short the dreams of thousands of families and youth, who have become a victim of the decade’s long violence in the region claimed by both India and Pakistan.

Kashmir valley has been gripped by a deadly violence as according to International forum for justice Human Rights annual report of Kashmir during this year, 450 human lives were lost in Kashmir including 115 Civilians, 95 government forces personnel besides 240 militants in 95 encounters which is the highest in the decade.

A teenager, Shakir Ahmad Chopan, 17 year old boy and a resident of Panzath village of Qazigund arrested four times in a year by government forces.

Shakir was a student of Government High School (GHS) Panzath Wanpora and has passed in the matriculation exams secured 262 marks out of 500 in Secondary School Examination (SSE) part 1st examination, results of which were announced yesterday.

According to the official figures, 13,593 candidates failed to qualify the 10th class examination.

Family members of Shakir, told News gathering Agency , “during his golden test government forces arrested him in night raid and lodged him in Police Station Qazigund soon after he shifted to Police Headquarter Kulgam where he spent 15 days in Jail”.

Shakir said that he dreamed to help his family and bring them out of poverty. “I do not want to become a doctor or engineer, but i just want to study well and take my family out of poverty”.

He added, here in Kashmir, we do not have a right to dream, we do not have to right to think of our future, because you never know which bullet will pierce your body and when. “Our right to life is at stake”.

Shakir Ahmad is alone brother of three sisters and his father Gull Mohammad Chopan, is a handicraft worker. (PTK)

Two held along with cash, ammo in Srinagar

We sacrificed party in forging alliance with BJP:  Mehbooba

2018 has been a remarkable year for forces: Army commander

Newspapers to be printed blank on Sunday