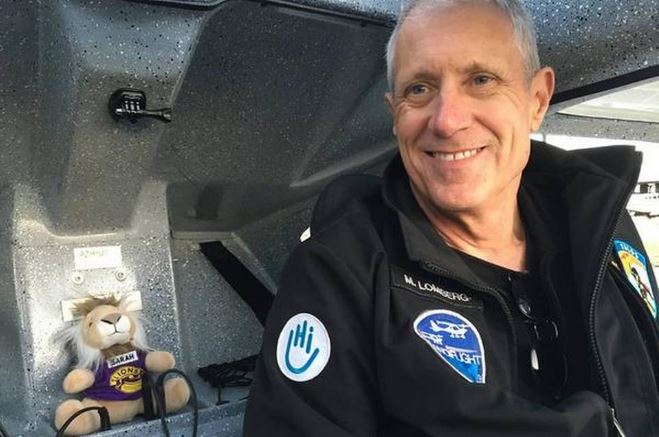 Mr. Lomberg, was part of an around-the-world expedition in light sport aircraft by paraplegic pilots, by Handiflight, a Switzerland-based non-profit. Handliflight’s Facebook page said that the tragic accident is for the moment inexplicable. An investigation is in progress.

An online report on the website of the Bangkok Post said that local administrative officials found the plane engulfed in flames. A local police officer said that several power cables in the area were found broken, and were believed to have struck by the plane.

Mr.Lomberg (60) had 3,850 flying hours behind him at the start of the expedition. He was a former South African Air Force pilot and test pilot. A vehicle accident in 1990 damaged his spinal cord, and he gave up flying for 20 years before beginning again in 2011. He worked for a company developing large-scale solar power generation projects in South Africa until February 2018, when he quite to devote time to preparing for the Handiflight expedition, which aims to combat prejudice and promote the inclusion of persons with disability.

The expedition, with Mr. Lomberg and Guillaume Féral, another disabled pilot, both flying CTLS planes, accompanied by a support plane, had left Geneva Switzerland, on November 17, flying south to Italy, then across the Mediterranean to Egypt, and across west and south Asia. The pilots flew out of Nagpur to Bangladesh on December 21, and had flown from there to Thailand. The nine-month expedition was to continue via south-east Asia to Australia and New Zealand before crossing the Pacific to South America, North America and then back home to Europe.

Temperatures goes down again in Srinagar settles at Minus 6.6