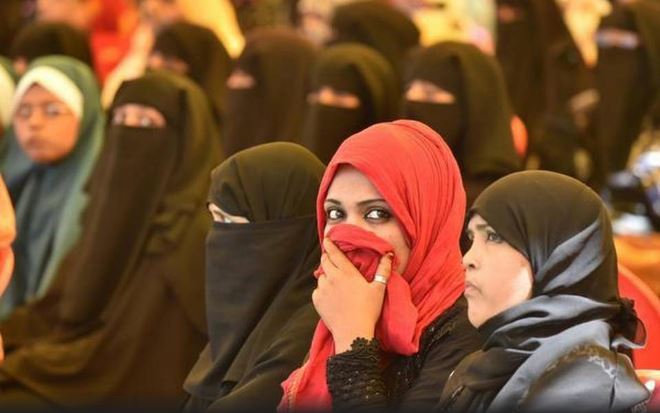 The Centre is likely to face stiff resistance in its second attempt to ensure passage of the triple talaq Bill when it comes up today in the Rajya Sabha. The Congress is all set to oppose the proposed law in coordination with other Opposition parties.

The amended Bill, passed by the Lok Sabha this past week, is listed in the business of the Upper House for Monday. In the last session, the earlier Bill could not be taken up in the Rajya Sabha due to a lack of consensus among political parties.

Although the government expressed the hope that the Bill would find support in the Rajya Sabha, this time too the Congress plans to oppose it.

Apart from holding a meeting of party MPs on Monday morning, Leader of the Opposition Ghulam Nabi Azad will be coordinating with other Opposition parties to formulate a common strategy.

Congress member T. Subbarami Reddy has also brought in a statutory resolution, listed for the same day, on the issue. It states: “That this House disapproves the Muslim Women (Protection of Rights on Marriage) Ordinance, 2018 (No. 7 of 2018) promulgated by the President of India on 19th September, 2018.”

Both the ruling BJP and the Opposition have issued whips to their MPs, directing them to be present and vote on party lines if the Bill comes up for the consideration of the House.

The Opposition parties are of the view that it should be sent to a Select Committee of the Rajya Sabha.

All India Congress Committee general secretary K.C. Venugopal told reporters in Kochi that the party would join hands with others to prevent passage of the Bill.