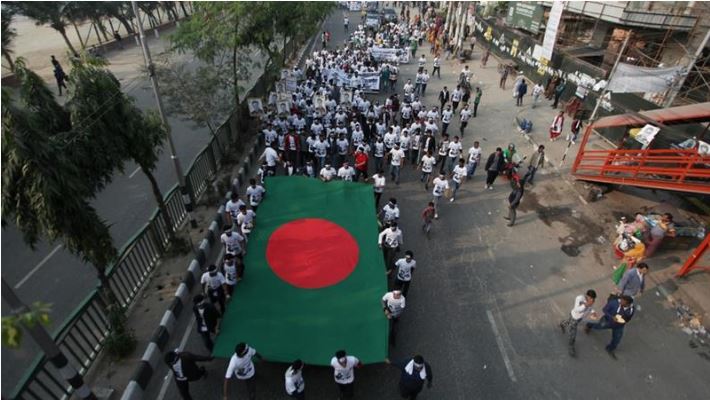 The leader of the main opposition Bangladesh Nationalist Party (BNP) has said that Sunday’s general election was a “fraud” and marred by widespread irregularities.

The ruling Awami League (AL) captured 288 out of 298 seats for which elections were held, winning a whopping 96 percent of the seats, drawing criticism from the opposition.

“Ballot papers were stuffed on the night before the election. Except for few, irregularities were found in almost all the constituencies. It was pre-planned, and the result was decided much earlier,” Alamgir alleged.

The BNP leader said that the vote rigging was facilitated by “the government agencies, the police and other law enforcement agencies in collaboration with election commission officials”.

“This is a mockery of democracy. Bangladesh has lost an opportunity to comeback to democracy,” said Alamgir, who is among the seven candidates to win their seats.

The opposition party had boycotted the last election held in 2014.

The massive win reminded of the controversial February 1996 parliamentary elections in which the BNP won 278 seats amid boycotts. It had triggered countrywide protests forcing the BNP out.

Deeply concerned over reports of human rights abuses, religious discrimination in Pak: US