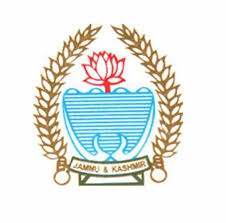 Srinagar, January 01 : The State Bharatiya Janata Party (BJP) on Tuesday said Prime Minister as well as the Chief Minister for Jammu and Kashmir will be from BJP. According to a statement issued to KNO, BJP State President Ravinder Raina and Th Narain Singh, President Rajput Sabha were accorded a grand welcome at Jammu Airport upon their arrival to Jammu from Delhi.

Earlier on Monday, Th Narain Singh joined the BJP at party’s national headquarter, New Delhi in the presence of BJP national President Amit Shah and other top national leaders. Raina and Singh were then taken in a form of Car, Motor Bike rally from Jammu Airport to party headquarter, Trikuta Nagar, Jammu, where they were again accorded warm welcome by enthusiastic party workers amidst slogans like “Vande Mataram” and “Bharat Mata Ki Jai”, after which a programme was organized at party headquarter, Trikuta Nagar to formally welcome Narain Singh to the BJP family by senior leaders of party.

Raina, while addressing the gathering, praised Narian Singh for his past endeavors for the nation and society and recalled his role in all agitations and social issues for more than a decade.

He said that the contributions of Narain Singh in Shree Amarnath ji land agitation, AIIMS and other similar issues have been extraordinary. Raina expressed confidence that Singh’s organizational skills and the zeal to work for society and nation will help BJP to accomplish its mission of 2019 in both Parliamentary as well Assembly elections. Elated by the support of people in every single region, Raina claimed that BJP will have its PM in Centre again also securing CM berth in J&K.

Raina said “to party workers, year 2019 is very important for the party workers as we have to shoulder responsibility to ensure PM seat in National capital as well as CM seat in J&K state by BJP.”

Rajesh Gupta, former MLA, in his address, lauded the decision of Narain Singh for joining the party fold. He said that in all the past years, Singh has helped BJP and all the Nationalist forces. He said that the BJP family welcomes him from the core of the heart and is of the view that his services will act as a boosting force for the BJP.(KNO)

‘No case reported in 54 districts over past 2 weeks’, says health Ministry