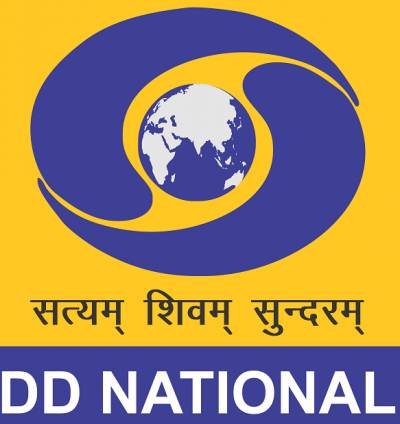 Srinagar, Jan 2, : Freelance TV professionals in Kashmir capital Srinagar are protesting lack of opportunities and withholding of previous payments due to them from Doordarshan Kendra, Srinagar for lack of funds from PrasarBharati. However, crores are being doled out to chosen few in the name of reviving programming activities on DD Kashir channel.

On September 11, 2017 Rajnath Singh, Minister for Home Affairs had on his visit to state capital announced Rs. 41 crores outlay for programme revival on DD Kashir. But little did the local TV professionals know that the Rs.40 crore bonanza was already earmarked for certain individuals with a ‘Big Zero’ opportunity for local talent.

During his visit Singh announced that a Kashmiri version of ‘Kaun Banega Crorepati’ (KBC) with a budget of Rs 18 crore will soon begin from DD Kashir.

Later it turned out that the entire money was already ‘fixed’ for distribution among people with ‘connections’ and revival of DD Kashir was just a camouflage.

The channel did come out with call for proposals under commissioned category but the same were stalled by local TV producer through a stay in the Jammu and Kashmir High Court for being discriminatory against local talent.

Later DD Kashir again invited proposals under acquisition of programmes on royalty scheme. Hundreds of producers enthusiastically applied with ready programmes but the process has not moved an inch from last two years.

DD Kashir authorities maintain that there is a dearth of funds to process these proposals. But the same does not seem to apply to programmes like KBC.

In the month of August 2017 High Court partially vacated the stay and Prasar Bharati swung into action to allot KBC to Sidhart Basu’s Big Synergy.

Sources reveal that KBC being a globally licensed programme can be given only to the license holder which in this case was Sony Pictures. But surprisingly the negotiations for KBC were done with Big Synergy Media owned by Sidhharth Basu. Synergy had been doing the production of KBC for Sony Picture till then. It is said that the negotiations were delayed till Synergy procured the license.

Discussion with Synergy were stalled for a long time as they did not have the rights for KBC and Doordarshan rules do not permit negotiation with a third party. The fact that official talks with Synergy could not be started since local producers in Srinagar had obtained a stay on commissioned programmes process.

Sources revealed that the negotiations were deeply monitored by Shashi Shekhar Vempatti, Chief Executive Officer (CEO), Prasar Bharati himself by seeking regular progress reports. However, witnessing a delay CEO himself took charge of the operation and formed a Direct Assignment of Programme (DAP) committee to take the negotiations further. Headed by CEO himself the committee was formed under clause 18 of DD Kashir Commissioning Guidelines. The committee formation was made possible by partial vacation of stay order. Not just DAP, the CEO, Prasar Bharati got the proposal for allotting budget for KBC to Basu by getting it approved by the PrasarBharati Board also. An unprecedented move as there is no such requirement for pogrammes approved under valid Commissioning Guidelines.

Still nothing wrong in that but the haste shown in the direction of assigning one single programme raises questions. Can one single programme, even if telecast daily, actually revamp a 24×7 TV channel? And earmarking of almost 50% of the Rs. 41 crore budget also raises doubt on transparency of PrasarBharati. The kind of money invested in KBC can very well fund scores of programme across genre to cater to needs of various sections of the DD Kashir audience but that does not seem to weigh on the minds of PrasarBharati.

SiddharthBasu’s Big Synergy now holds the rights for KBC and has concluded the negotiations with Prasar Bharati appointed DAP. Synergy is likely to produce the famous game show KBC (Kashmir) in association with Studio NXT a subsidiary of Sony Pictures

In reality the entire benefits of KBC will be shared by two big companies operating from way beyond the region of Jammu and Kashmir state. Hence J&K professionals will not gain anything from the Rs.18 crore production.

So far as RS.9 crore Bollywood song based programme is concerned Kashmiris are unlikely to be able to even participate in the competition as 100% of the song rights (IPR) are held by people from Mumbai or Delhi. And again since Bollywood song based programme depends on license holding the budget of Rs.9 crores will only favor producer from outside J&K.

There could have been hope if the remaining amount was used for sourcing programmes from J&K producers but DD Kashir has chosen to telecast Hindi feature films every evening so most of the remaining budget will go to film IPR holders in Mumbai or Delhi. This when TV audience in this age and time have Hindi movie viewing option available from dozens of 24×7 dedicated movie satellite channels.

One feels baffled at how in the name of reviving DD Kashir and generating work for local talent Prasar Bharati is indulging in pure loot of public money to favor a few of their favorites and all in the name of Kashmir. Why shouldn’t Kashmiris feel cheated on all fronts?

Will contest from all 87 seats of assembly constituency in JK: BJP

HCBA Jammu suspends members who spoke in favour of Article 35A