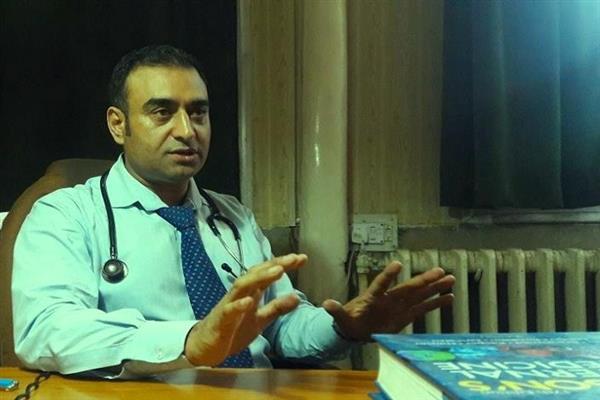 Saddened over the death, DAK President Dr Nisar ul Hassan said it is a great loss to the medical fraternity and his death has resulted in an unbridgeable void in the field of medicine.

Terming the death as an irreparable loss, Dr Nisar said the medical fraternity has lost a gem of a person.

“Born in Seelu Sopore area of District Baramulla, Dr Ahad was a man of impeccable integrity,” he said.

“He was instrumental in shaping up the department and made difference in lives of hundreds of patients. His commitment to the welfare of people of the state was commendable. He rendered his services to the people of state at a time when many doctors left them to fend for themselves,” Dr Nisar added.

“His contributions in the field of otolaryngology will be remembered for all times to come. His surgical skills were a treasure and are even now practiced by his pupils. He was a compassionate and an empathetic doctor because of which he was very popular among patients. He will be sorely missed by everyone whose lives he touched,” Dr Nisar further said.

Meanwhile, a delegation of DAK led by its President attended funeral prayers of Dr Ahad at his residence in seelu sopore.

The delegation which included DAK Spokesperson Dr Riyaz Ahmad Daga sympathized with the bereaved family and prayed for eternal peace to the departed soul.

2 death of pregnant lady within 8 days in Anantnag