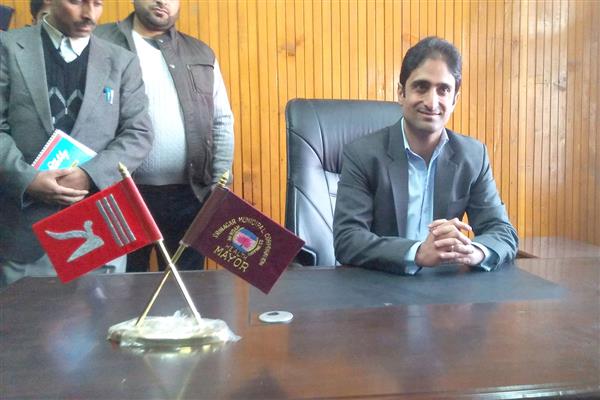 Srinagar, Jan 04 (KNS): The SMC employees today announced to call of the strike after Mayor Junaid Azim Mattu met the senior officers along with SMC Union Representatives and leadership on Friday at SMC Office here. The employees have been seeking action against a female councilor who is accused of assaulting one of the employees of SMC and breaking office computers and fixtures.
Junaid Azim Mattu earlier urged the employees to get back to serving the people of Srinagar, assuring action against the accused councilor as per the law of the land. The Mayor also instructed the city municipality to resume sanitation operations immediately in the best interests of the people and the city.
Long pending demands of the employees were also met as the Mayor instructed the Administration to resolve all grievances within a week. (KNS)

Keep close vigil on those who are acting as informers: Hizb to people

Our sons have been falsely implicated, claim families of accused in Babar Qadri’s killing