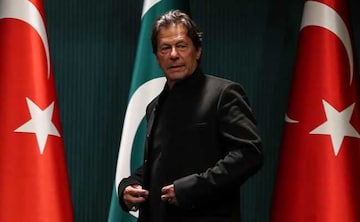 Pakistan and the United Arab Emirates (UAE) have finalised a $6.2 billion support package to help Islamabad address its balance of payments challenge, the media reported today.

The package involves $3.2 billion worth of oil supplies on deferred payment, besides a $3 billion cash deposit. It is expected to be announced by Crown Prince Sheikh Mohammed bin Zayed Al Nahyan during his visit to the country starting Sunday, newspaper Dawn reported.

According to a Pakistan government official, the package was finalised on Thursday evening and was similar to the one given by Saudi Arabia.

With this, Pakistan would get a total saving of about $7.9 billion on oil and gas imports from the two countries, accounting for more than 60 per cent of annual oil import bill of about $12-13 billion, he said.

This included about $3.2 billion each of oil supplies on deferred payments from the UAE and Saudi Arabia and about $1.5 billion trade finance from the International Islamic Trade Finance Corporation (ITFC).

The total financing support from the UAE and Saudi Arabia, including the ITFC’s trade finance, would be around $14 billion when cash deposits of $3 billion each from the two countries were also included, the official said.

This is in addition to a deep-conversion oil refinery to be set up by Parco — a joint venture of Pakistan and Abu Dhabi — worth $5-6 billion and an expected petro-chemical complex by Saudi Arabia.

The government also started back channel discussions with Qatar for some relief in terms of reduction in LNG prices or a relaxed payment schedule, but that was at an early stage, the daily said.

Pakistan has already received $2 billion in cash deposit from Saudi Arabia at an interest rate of 3.18 per cent while the third tranche of $1 billion was due in the first week of February. The Saudi oil facility would also start rolling out this month with an average $274 million per month.

The daily said that with support from Qatar, Pakistan was expecting about $9 billion cushion in total oil and gas import bill.

US Congress panel to discuss Jammu and Kashmir today