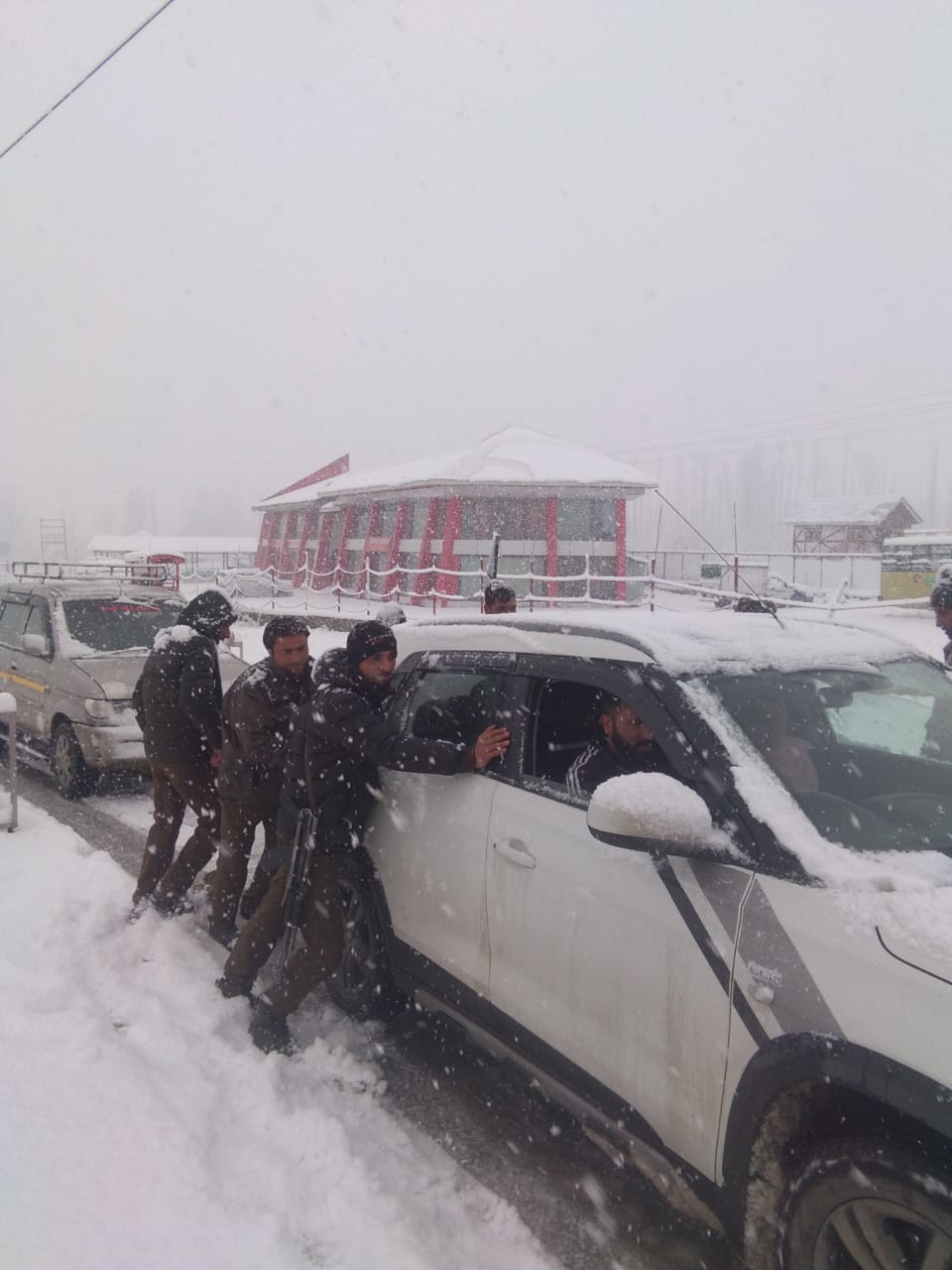 Srinagar, Jan 5: (GNS) The body of a 75-year-old woman, who died apparently due to cold after getting trapped at Sadna Top following heavy snowfall, is still lying in the area.

The deceased has been identified as Taja Begium, wife of Abdul Qayoom Khawaja, Teetwal Karnah. Besides, at least 45 passengers are reportedly stranded at the Sadna Top in Karnah area of north Kashmir’s Kupwara district where reportedly four feet of snow was recorded. The people of the area were preparing to observe the anniversary of ten persons who died at the same place last year. The body is still lying there along with 45 passengers.

The people of the area have been demanding the construction of a tunnel for the last several years.

They have appealed the Government of India to construct the tunnel “if you want the people of Karnah”.

If the GoI is not interested in constructing the tunnel, then we should be pushed across the Kishanganga (PaK side) to live there, they said. (GNS)

Kashmiri guide who saved tourists a real hero and an inspiration: Sajad Lone