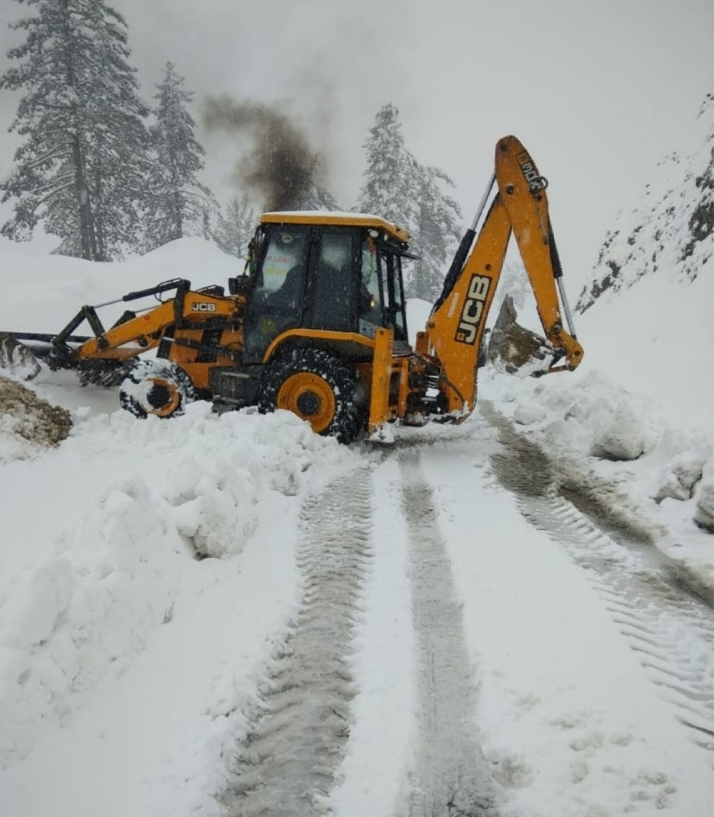 Ganderbal 05 Jan : The residents of the Phaq area of  the Ganderbal district appeal the authorities to clear the snow bound roads in the area. The only Nagbal- Hazratbal road connecting the area with the rest of the city has been blocked due to the snowfall since yesterday.

“We voluntarily cleared the roads in our village by arranging a truck and plying it on the link road connecting with the Hazratbal – Nagbal main road as authorities were untraceable in the area,, Abdul Rashid a truck Driver  from Village Bakura said

Meanwhile, the reports were also coming that the power supply has also being halted in the area since last evening (KNB)

Kashmir issue should be resolved according to UN resolutions: Turkey

One body fished out from river Sindh, efforts on for other