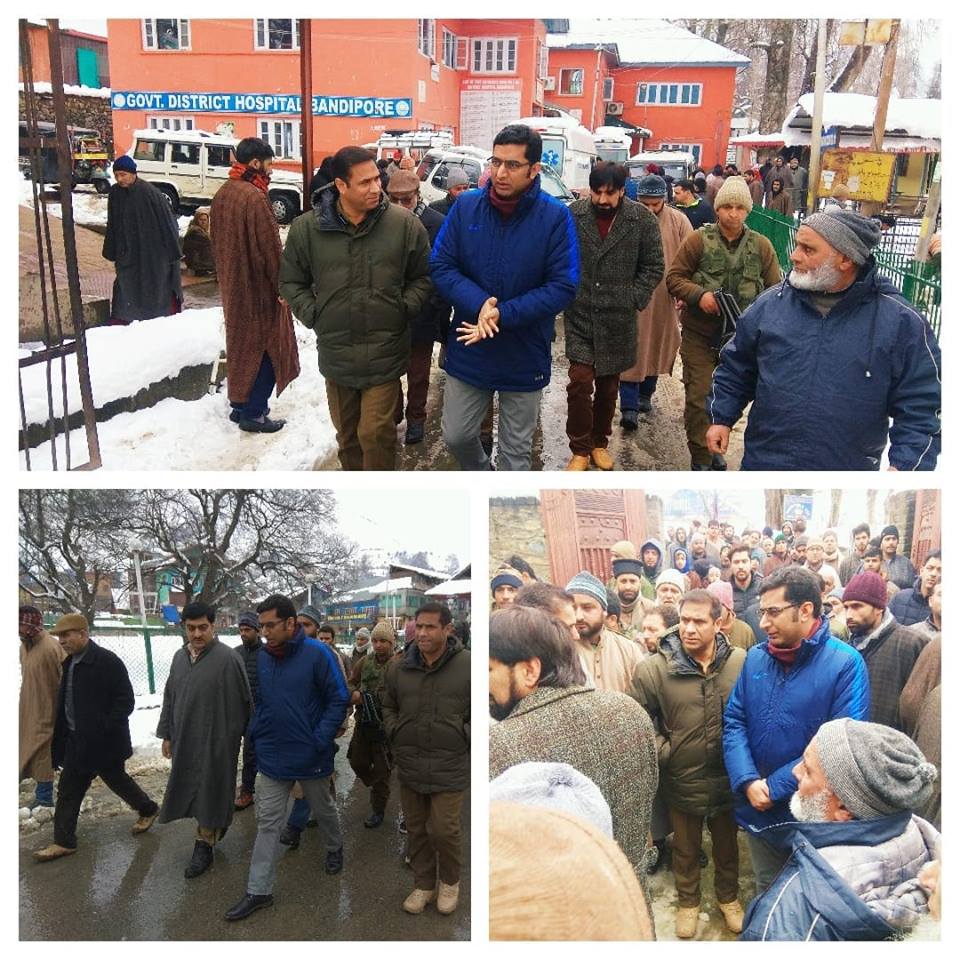 Bandipora, Jan 5, : The tech-savvy District Development Commissioner of North Kashmir’s Bandipora district Shahid Chowdary provided minute-to-minute details about the ongoing work on snow clearance, restoration of power and water supply to the inhabitants of the district on Saturday.

He updated his Twitter Account frequently that is followed by a large number of people and a good number is from the Bandipora district.

Shahid Chowdary visited a number of places including hospital to take stock of the situation arising from massive snowfall in the district.

He supervised the snow clearance work on important main and link roads. Despite massive snowfall, he ensured clearance of Sonerwani-Tragbal on Bandipora-Gurez road, Kanipora road at Naidkhai, Gundjahingir Jaratar road,

People on Twitter lauded his efforts and thanked him for the interest shown by him to get the grievance of people addressed.

DC Bandipora also visited the house of one Mumtaz Ahmed who lost his life after falling from a roof top while clearing the snow. He provided on spot compensation to the bereaved families. “Yes, we provided the compensation to the family and whatever possible we will help the affected family,” Chowdary told news agency CNS.

At one place, some miscreants forcibly took away Snow Clearance Machine for inner links that stalled the clearance operation at main highway. He requested them to follow the plan and have faith in the administration and they gave heed to the appeal from the DC Bandipora and handed over the machine to the employees.

“I am not blowing his trumpet. I even don’t know the DC personally but am satisfied and content with his work and interest in the district. He promptly takes action and this is what I like in him,” said a local from Ajas Bandipora. (CNS)

DAK issues advisory on use of gas heaters

When will Govt hold Audit of buildings to avoid calamities in Kashmir?