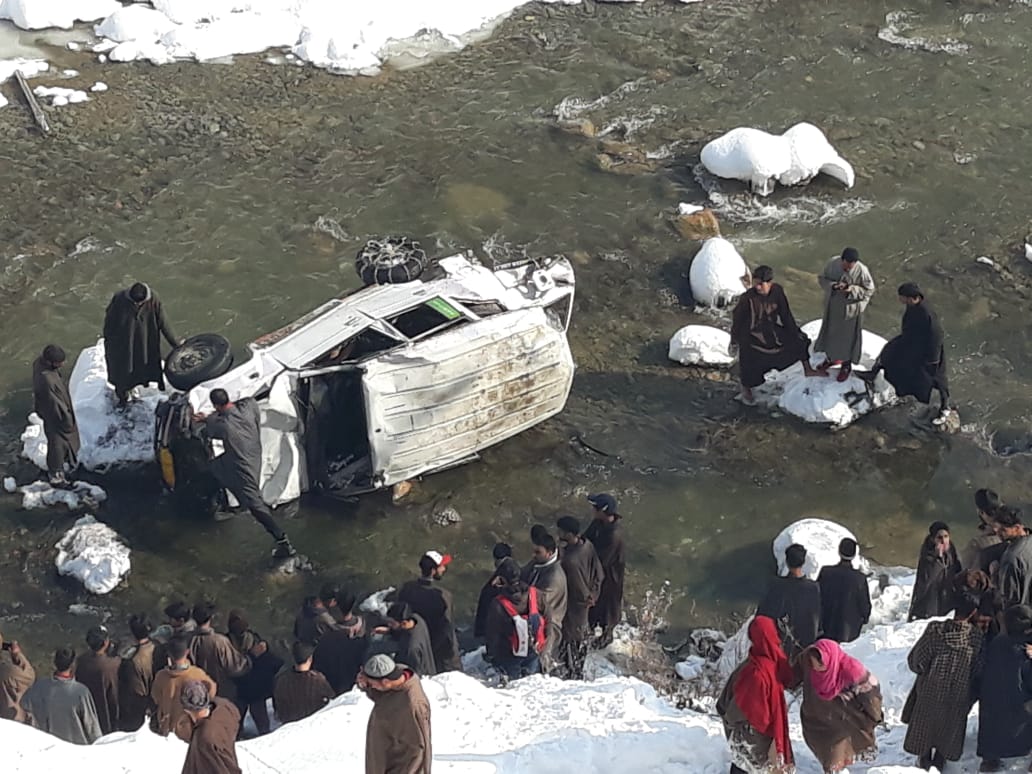 Srinagar, Jan 6 :Five passengers were injured, one among them critically after a vehicle they were traveling in plunges into a nallah at Tangibal area of Kalaroos in north Kashmir’s Kupwara district on Sunday.

Reports reaching GNS said that a sumo skidded off the road and fell down into a nallah at Tangibal, Kalaroos today morning resulting in injuries to five persons.

All the injured were taken to nearby hospital where from one critically wounded has been reffered to Srinagar hospital for specialized treatment.

A police officer confirmed the incident and said that a case under relevant sections of law has been registered and further investigations taken up. (GNS)