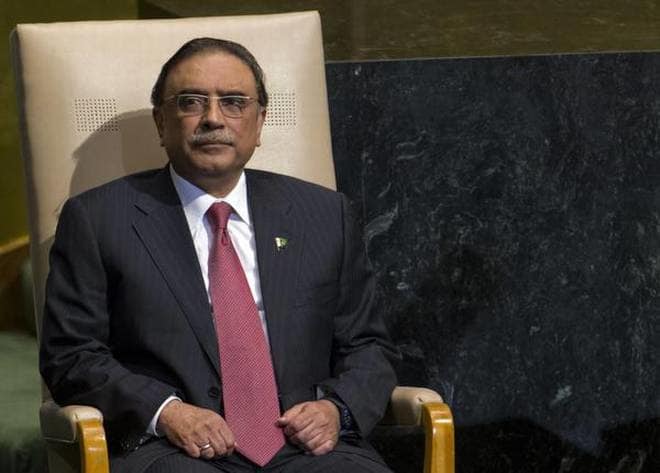 The Joint Investigation Team (JIT) submitted a report to the Supreme Court on Saturday, recommending freezing the famous Bilawal House in Karachi and Lahore, and Zardari House in Islamabad, Geo News reported.

It also sought freezing of Mr. Zardari’s New York and Dubai properties along with all five plots of Bilawal House in Karachi.

The case against Mr. Zardari and other individuals pertains to laundering of around Rs 220 billion through fictitious bank accounts, the report said.

The investigation team recommended freezing all urban and agricultural lands owned by Mr. Zardari, his sister Faryal Talpur, and the Zardari Group.

Rejecting the allegations, Mr. Zardari and Ms. Talpur said the JIT report was based on speculation and targetted political victimisation.

The JIT also moved the Supreme Court to order freezing of all assets of Omni Group, including sugar mills, agricultural companies and energy companies, the report said.

Accusing Mr. Zardari and Omni groups of irregularities in loans and government funds, the investigation team said both the groups transferred money out of country through ‘Hundi’ and ‘Hawala’, the report said.

The JIT said the assets should remain frozen until a verdict is delivered in the case, expressing concern that these assets might be transferred out of country.

Mr. Zardari established a ‘benami’ company through his front man Iqbal Memon, the team said, adding that the company was frozen in 1998.

Mr. Zardari’s close aide Hussain Lawai was arrested in July 2018 in connection with the probe. His other close aide and Omni Group chairman Anwar Majeed and his son Abdul Ghani Majeed were arrested in August 2018.

Hundreds of ‘benami’ accounts at some private banks were opened in 2013, 2014 and 2015 from where transactions worth billions of rupees were made, according to the investigation.

The amount is said to be black money gathered from various kickbacks, commissions and bribes.

Five persons injured as sumo plunges into nallah in Kalaroos