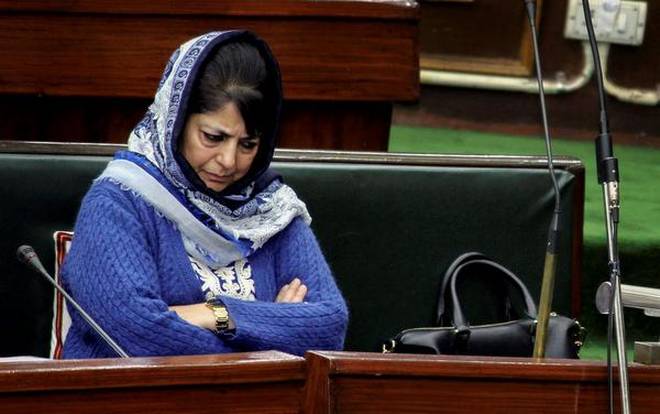 Srinagar, Jan 06 : Peoples Democratic Party (PDP) has asked National Conference patriarch Farooq Abdullah and his party to make their position clear in case of Ram Mandir and Article 35-A, stating that NC’s contradictory positions in the two cases which are being heard by the Supreme Court convey something more than what meets the eye.
In a statement issued, former minister and senior PDP leader Naeem Akhtar stated that at a time when the Prime Minister has made it clear that the country will have to wait for the judicial process to end for construction of Ram Mandir at Ayodhya, Farooq Abdullah Sahib has stuck his neck out and pleaded for circumventing the judicial process so that he is able to participate in the foundation stone-laying ceremony of the Ram Temple.
“Dr Farooq is entitled to his faith and to his position as a Ram Bhakt but this involves not just the sentiments of one community but the entire country’s law-abiding people who want this issue to be settled through the judicial process. Babri Masjid-Ram Temple is the longest pending judicial case in the history of the country and talking about it so casually can easily be attributed to Farooq Sahib, given his non serious attitude, but such actions of his only strengthen the forces that defy law of the land and subscribe to majoritarian politics,” Akhtar said.
The PDP leader added that Farooq Sahib is welcome to his personal faith in Lord Rama but the way he has advocated for construction of temple while bypassing the judicial process is very alarming.
Akhtar said that it was ironic to find that while the NC President demands construction of Ram Temple despite the case being sub judice, he while talking to media persons yesterday openly refused to comment over his stand on Article 35-A, stating that the case is being heard by the country’s top court and he cannot take a stand on it.
“It is high time when National conference should clear its position vis-a-vis Article 35-A which is the question of life and death for the people of Jammu and Kashmir. Farooq Sahib had earlier made a lot of noise about it and led his party into boycotting recently held polls on its basis and now he is not even prepared to talk about it or give a political statement. These contradictory positions in the two cases which are being heard by the Supreme Court give rise to doubts that Farooq Sahib is perhaps trying to prove himself more loyal than the king in pursuit of power. The national conference patriarch and his party must come clean on this and make their position clear both in case of Ram Mandhir and 35A,” Akhtar said. (KNS)

Admin to impose fine on those who spit at public places, violate home quarantine instructions